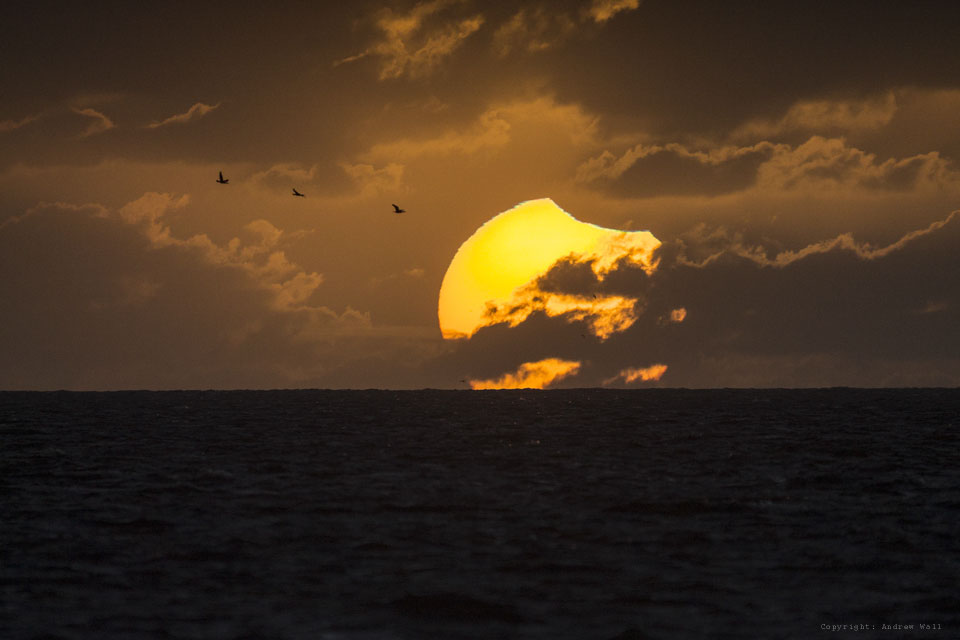 Explanation: If you look closely, you will see something quite unusual about this setting Sun. There are birds flying to the Sun's left, but that's not so unusual. A dark sea covers the Sun's bottom, and dark clouds cover parts of the middle, but they are also not very unusual. More unusual is the occulted piece at the top right. And that's no occulting cloud -- that's the Moon. Yesterday the Moon moved in front of part of the Sun as visible from Australia, and although many locations reported annoying clouds, a partially eclipsed Sun would occasionally peek through as it set. The above image was captured yesterday on the western horizon of Adelaide, South Australia. The maximum eclipse was visible only from a small part of Antarctica where the entire Moon could be seen covering the entire center of the Sun in what is known as an annular eclipse, leaving only a ring of fire from the Sun peeking out around the edges. The next solar eclipse will be another partial eclipse, will occur on 2014 October 23, and will be visible from most of North America near sunset.