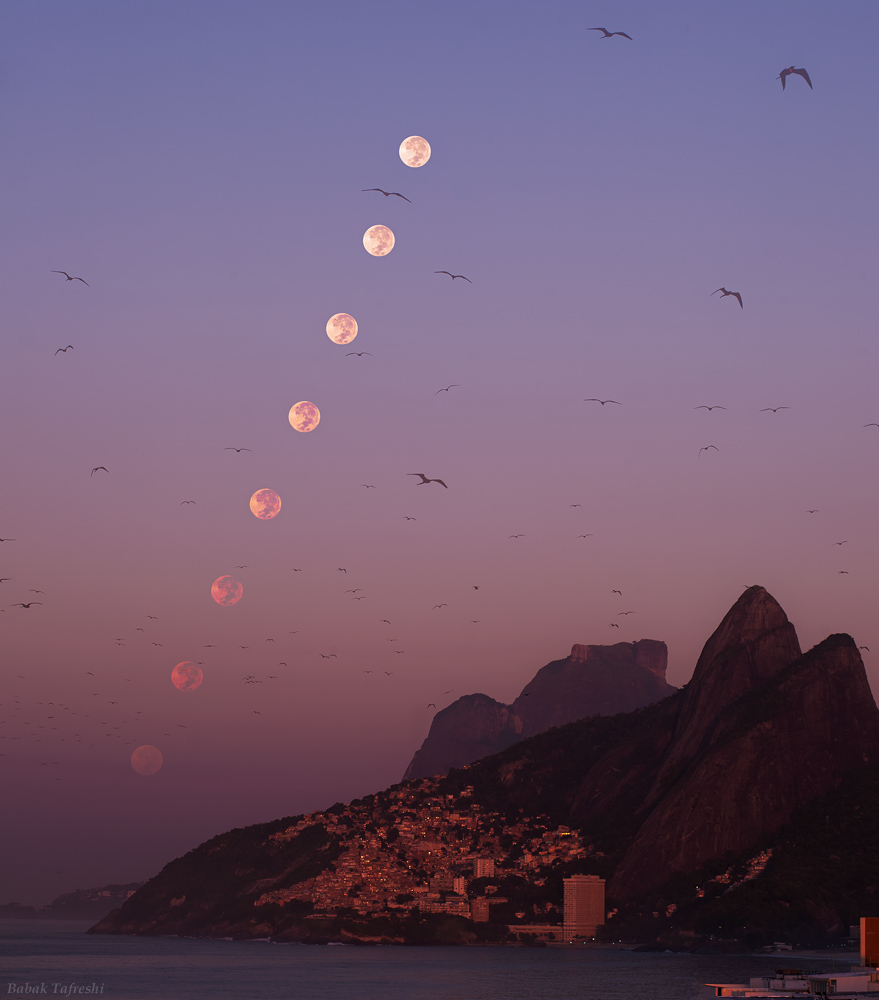 Explanation: As the Sun rose, a nearly full Moon set in this serene seaside vista captured last Monday from Rio de Janeiro, Brazil. In the foreground, the reddened early morning sunlight illuminates a stretch of South Atlantic coastline. Looking toward the west, a scene that is a familiar one to Rio's Ipanema beach goers, the favela Vidigal is nestled below the twin peaks of Morro Dois Irmãos (Two Brothers Hill). This well-composed multiple-exposure image recorded the steady progress of the dramatic moonset with a 6.5 minute gap between each frame. Flying from their nests at the break of dawn, all the ocean birds appear only in the last single frame.