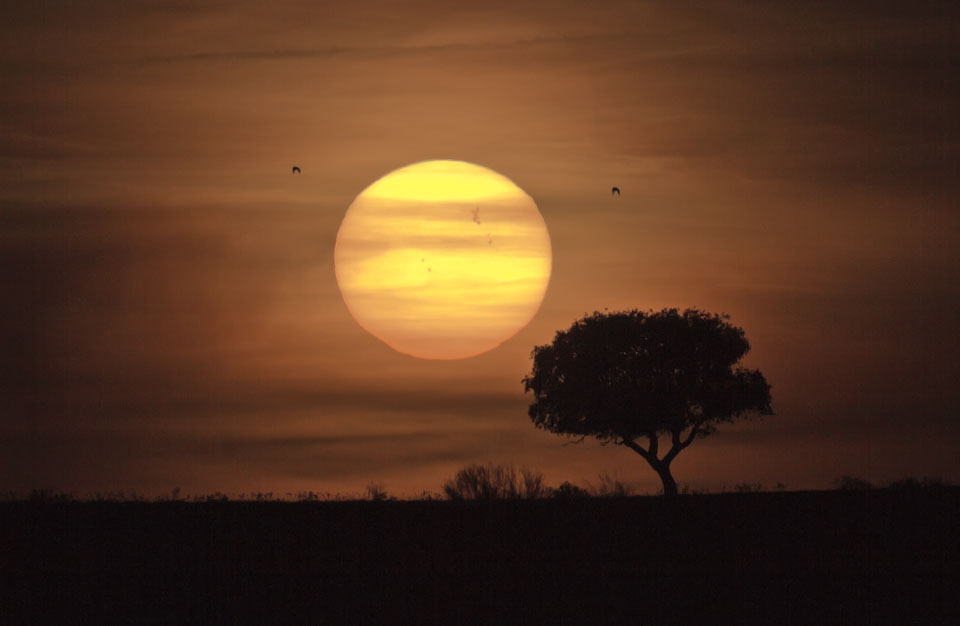 Explanation: What's that on the Sun? Over the past two weeks, one of the most energetic sunspot regions of recent years crossed the face of the Sun. Active Region 1429, visible above as the group of dark spots on the Sun's upper right, blasted out several solar flares and coronal mass ejections since coming around the edge of the Sun almost a month ago. Fast moving particles from these solar explosions have impacted the Earth and been responsible for many colorful auroras seen over the past two weeks. The picturesque foreground features trees and birds near Merida, Spain, where the above image was taken about a week ago. Although AR 1429 has continued to rotate to the right and gone around the limb of the Sun -- as seen from the Earth -- monitoring of the region will be continued by one of the STEREO satellites, however, which is orbiting the Sun well ahead of the Earth.