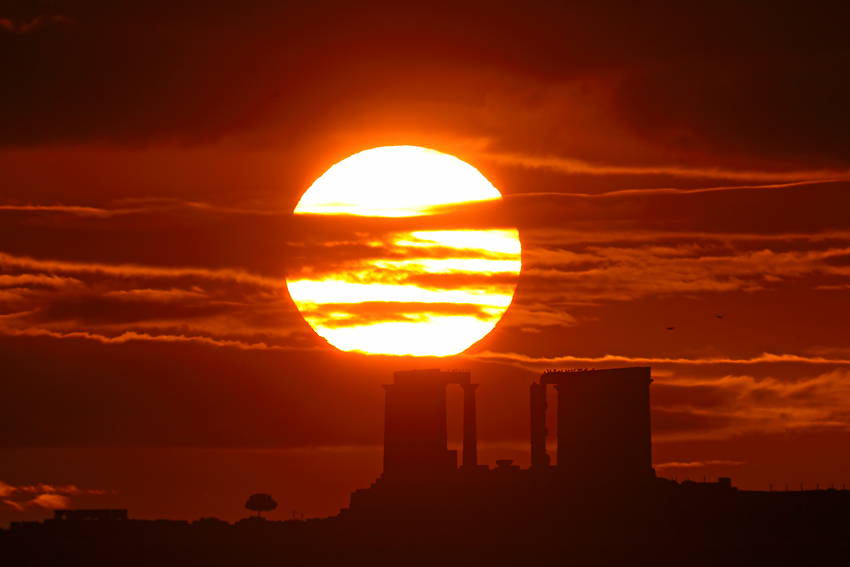 Explanation: The Sun is a moving target. Its annual motion through planet Earth's sky tracks north and south, from solstice to solstice, as the seasons change. On December 21st, the solstice marking the first day of winter in the northern hemisphere and summer in the south, the Sun rose at its southernmost point along the eastern horizon. Earlier this month, looking toward the Aegean Sea from a well-chosen vantage point at Cape Sounion, Greece, it also rose in this dramatic scene. In the foreground lies the twenty-four hundred year old Temple of Poseidon.