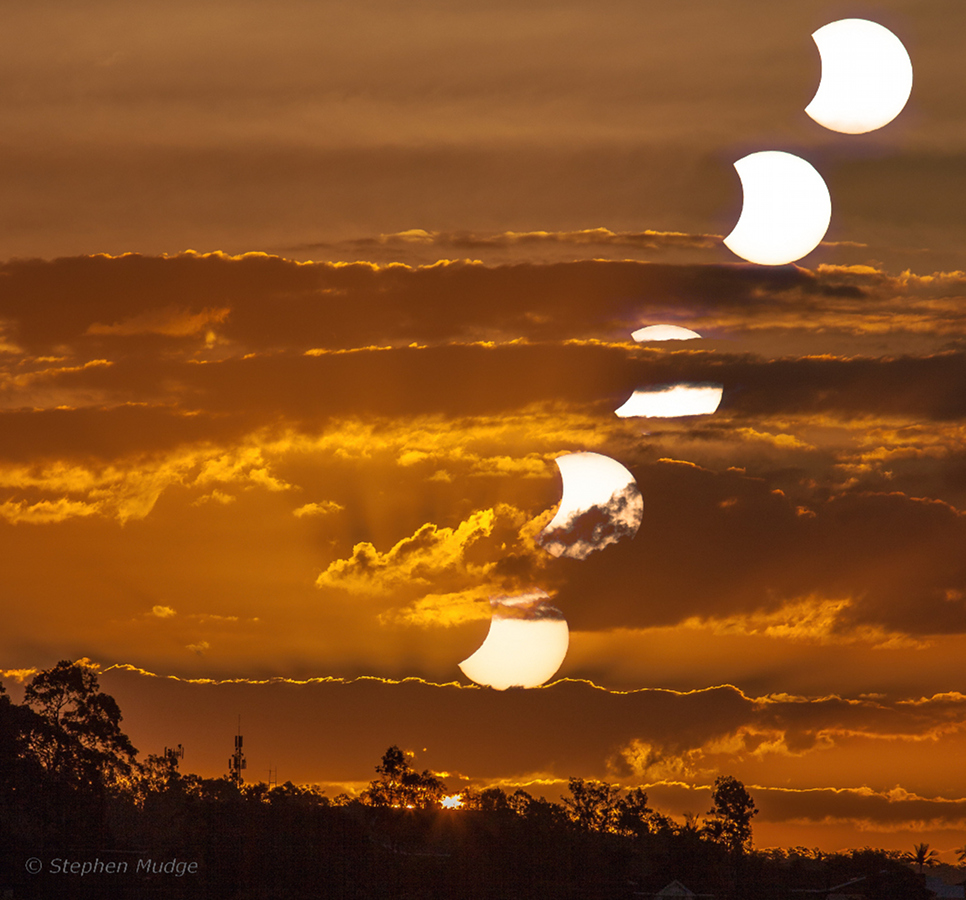 Explanation: In skies over Brisbane at the southeastern corner of Queensland, Australia, Planet Earth, the Sun and New Moon set together on April 29. There the celestial line-up, the first solar eclipse of 2014, was seen as a partial solar eclipse. This dramatic composite is a digital stack of images taken about 5 minutes apart with telephoto lens and solar filter. It follows the eclipse in progress, approaching a western horizon where crepuscular rays from cloud banks in silhouette joined the silhouetted Moon. From Brisbane, the maximum eclipse phase with the Moon covering about 25% of the Sun occurred just after sunset. Only from a remote spot on the continent of Antarctica was it even possible to see the eclipse in its brief annular phase, the entire dark lunar disk surrounded by a thin, bright ring of fire.