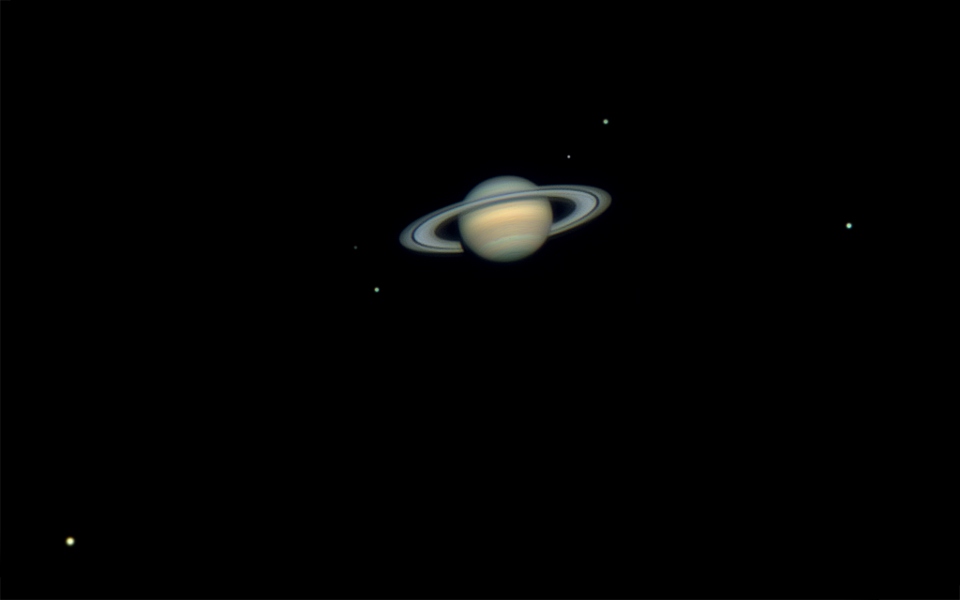 Explanation: How many moons does Saturn have? So far 62 have been discovered, the smallest only a fraction of a kilometer across. Six of its largest satellites can be seen here, though, in a sharp Saturnian family portrait taken on March 9. Larger than Earth's Moon and even slightly larger than Mercury, Titan has a diameter of 5,150 kilometers and starts the line-up at the lower left. Continuing to the right across the frame are Mimas, Tethys, [Saturn], Enceladus, Dione, and Rhea at far right. Saturn's first known natural satellite, Titan was discovered in 1655 by Dutch astronomer Christiaan Huygens, while most recently the satellite provisionally designated S/2009 S1 was found by the Cassini Imaging Science Team in 2009. Tonight, Saturn reaches opposition in planet Earth's sky, offering the best telescopic views of the ringed planet and moons.