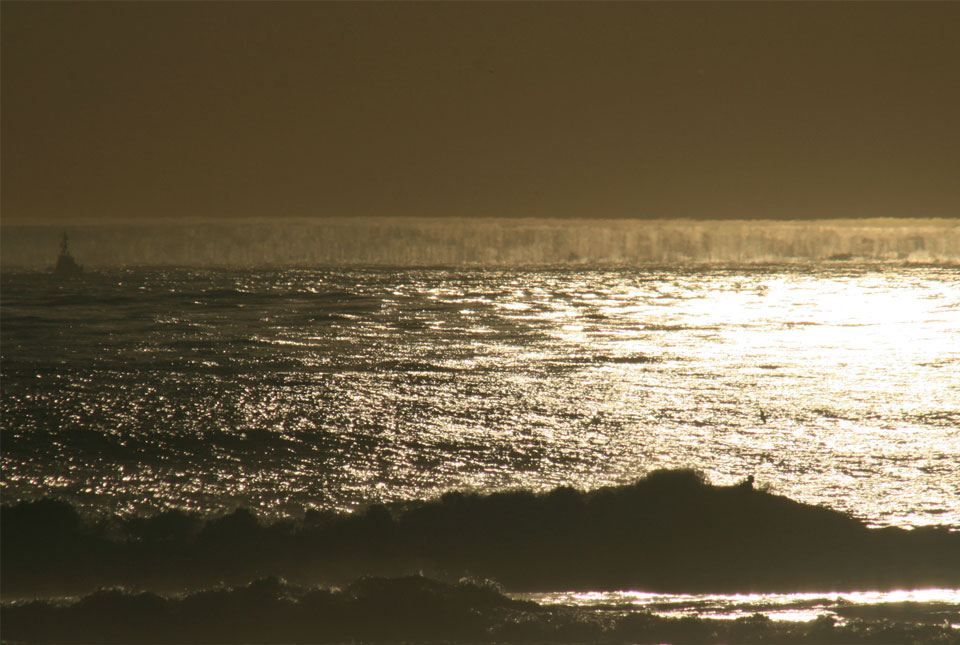 Explanation: Did this mirage help sink the Titanic? The optical phenomenon called Fata Morgana can make strange shapes or a false wall of water appear above a watery horizon. When conditions are right, light reflecting off of cold water will be bent by an unusual layer of warm air above to arrive at the observer from several different angles. A conceptually comparable mirage can make a setting Sun appear strangely distorted or a distant pavement appear wet. One hundred years ago today, such a Fata Morgana mirage might have obscured real icebergs from the clear view of crew onboard the Titanic. Additional evidence for this distortion hypothesis arises from the nearby vessel SS Californian which reported sightings consistent with Fata Morgana mirages. The above Fata Morgana mirage was taken off the US Pacific coast in 2008.