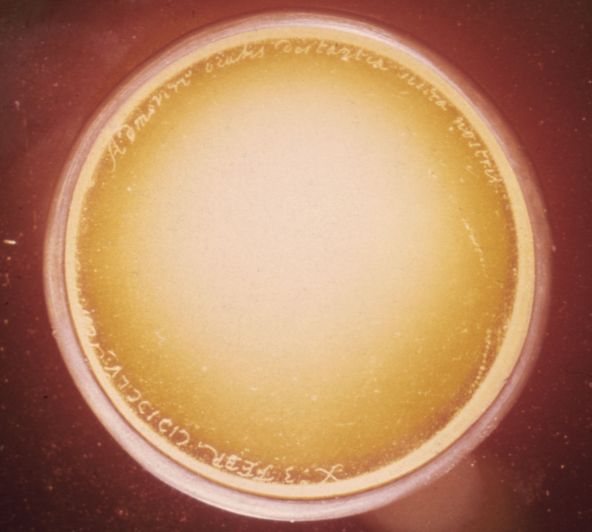 Explanation: In 1655, three hundred fifty years ago on this date, Dutch astronomer Christiaan Huygens discovered Luna Saturni - now known as Saturn's moon Titan. To celebrate, consider this intriguing picture of his telescope lens, all that remains of the instrument he used, designed and constructed in collaboration with his brother, Constantijn Huygens. The lens itself measures 57 millimeters (just over 2 inches) in diameter and is inscribed along the border "X 3 FEBR. MDCLV": its focal length (10 Rhineland feet) and the date of its final polishing, 3 February 1655. It also bears a verse from the Roman poet Ovid, "Admovere Oculis Distantia Sidera Nostris" (They brought the distant stars closer to our eyes). Huygens used the verse as part of an anagram announcing his discovery. The use of an anagram, a practice common in his time, established a date for his discovery but kept its details secret until he wished to reveal them. Decoded and translated, his anagram reads "A moon revolves around Saturn in 16 days and 4 hours.", a good agreement with the modern value for Titan's orbital period.