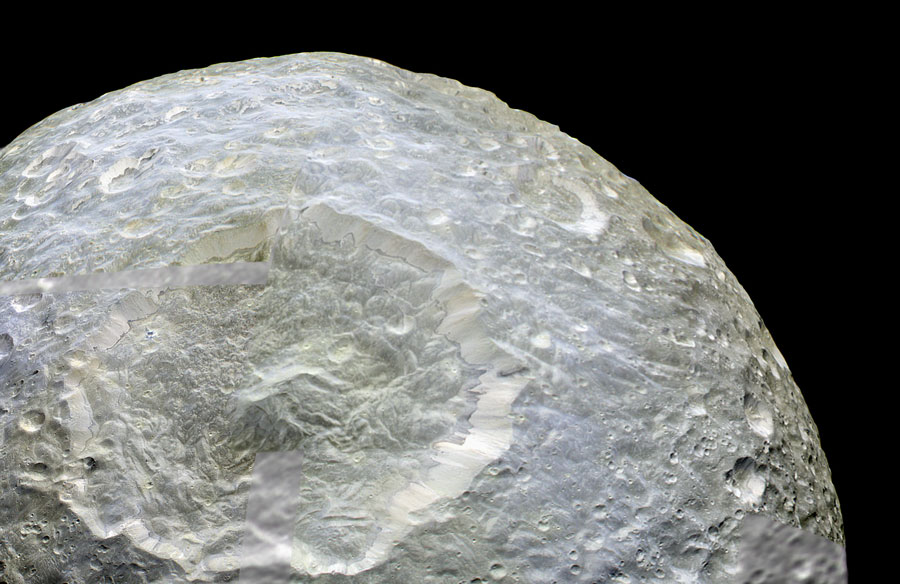 Explanation: Why is this giant crater on Mimas oddly colored? Mimas, one of the smaller round moons of Saturn, sports Herschel crater, one of the larger impact craters in the entire Solar System. The robotic Cassini spacecraft now orbiting Saturn took the above image of Herschel crater in unprecedented detail while making a 10,000-kilometer record close pass by the icy world just over one month ago. Shown in contrast-enhanced false color, the above image includes color information from older Mimas images that together show more clearly that Herschel's landscape is colored slightly differently from more heavily cratered terrain nearby. The color difference could yield surface composition clues to the violent history of Mimas. An impact on Mimas much larger than the one that created the 130-kilometer Herschel would likely have destroyed the entire world.