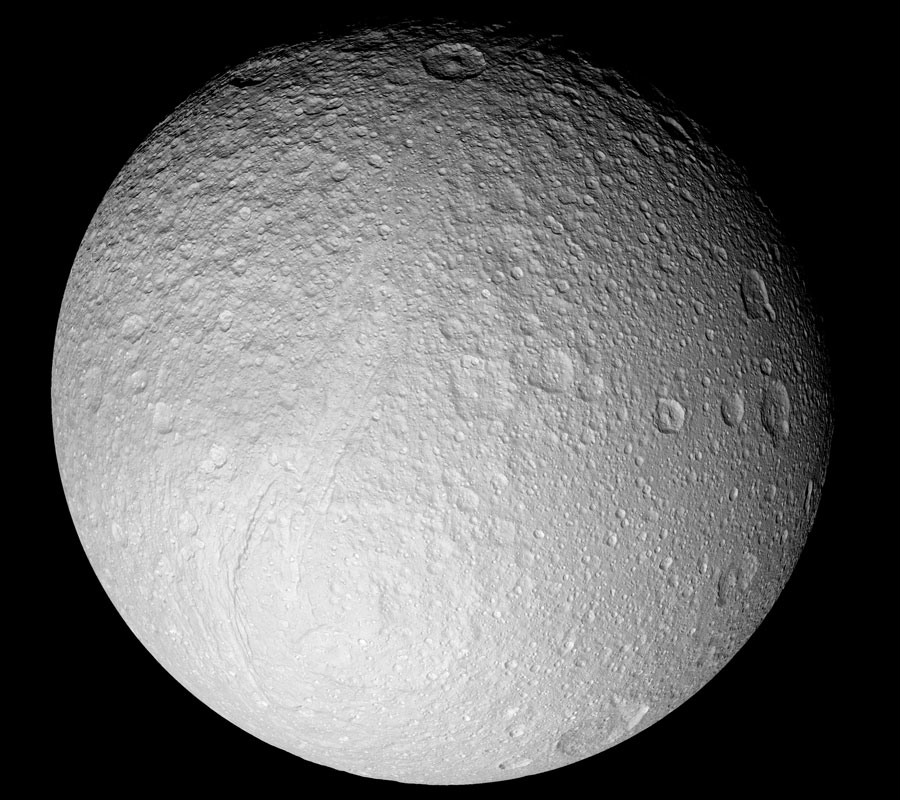 Explanation: What processes formed the unusual surface of Saturn's moon Tethys? To help find out, NASA sent the robotic Cassini spacecraft right past the enigmatic ice moon in 2005. Pictured above is one of the highest resolution images of an entire face of Tethys yet created. The pervasive white color of Tethys is thought to be created by fresh ice particles continually falling onto the moon from Saturn's diffuse E-ring -- particles expelled by Saturn's moon Enceladus. Some of the unusual cratering patterns on Tethys remain less well understood, however. Close inspection of the above image of Tethys' south pole will reveal a great rift running diagonally down from the middle: Ithaca Chasma. A leading theory for the creation of this great canyon is anchored in the tremendous moon-wide surface cracking that likely occurred when Tethys' internal oceans froze. If so, Tethys may once have harbored internal oceans, possibly similar to the underground oceans some hypothesize to exist under the surface of Enceladus today. Might ancient life be frozen down there?