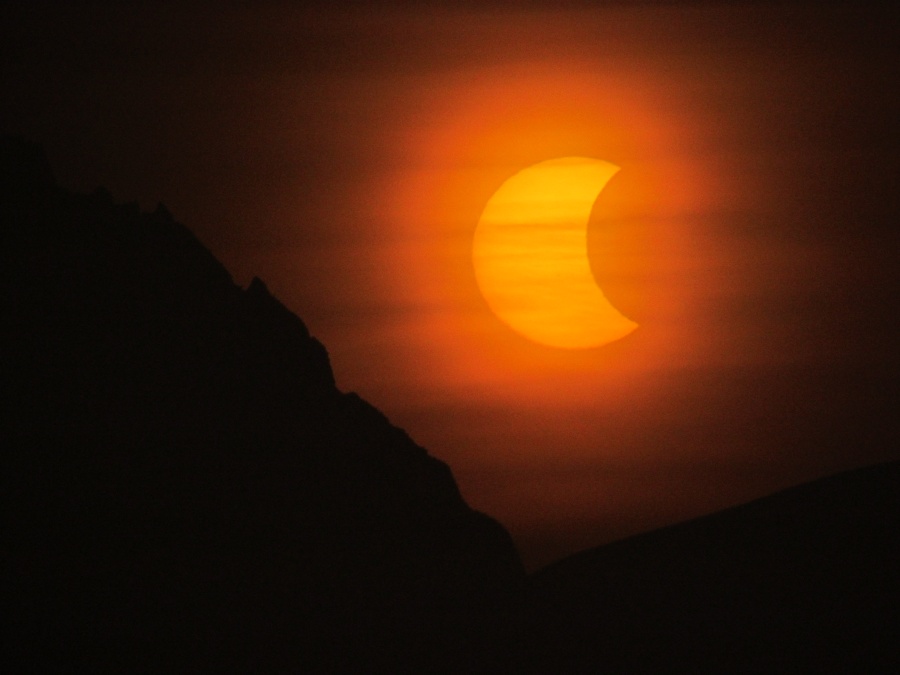 Explanation: Last Friday, the fourth and final partial solar eclipse of 2011 was only visible from high latitudes in the southern hemisphere. If you missed it, check out this dramatic picture of the geocentric celestial event from a very high southern latitude on the continent of Antarctica. From a camera positioned at San Martín Station (Argentina) near the antarctic peninsula mountain range, the picture looks toward the south and east. The Sun and silhouetted lunar disk are seen through thin, low clouds. Perhaps fittingly, the mountainous slope in the foreground is part of the larger Roman Four Promontory, named for its craggy, snow covered face that resembles the Roman numeral IV. For 2011, there is actually one more eclipse to go, a total eclipse of the Moon. Parts of that eclipse will be visible from most of planet Earth (but not Antarctica ...) on December 10.