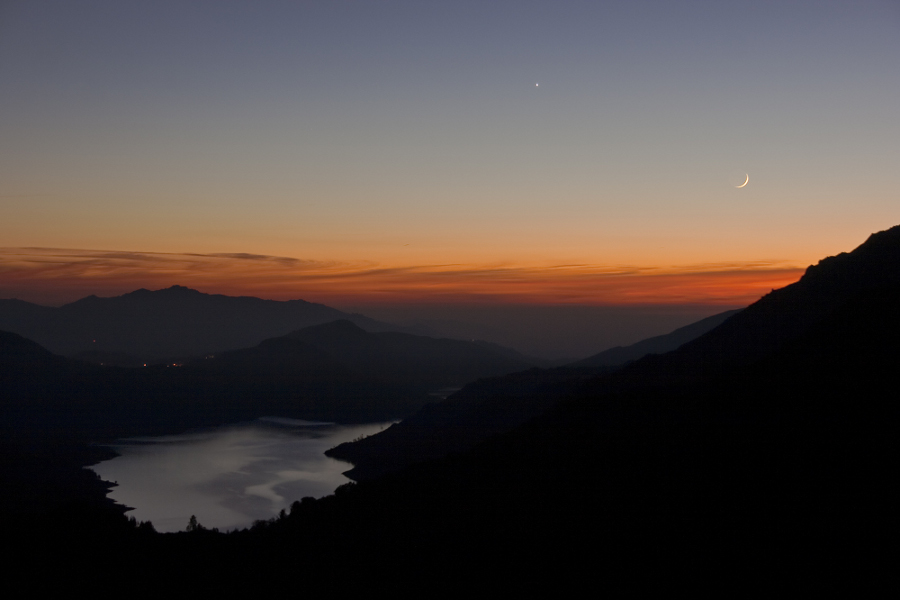 Explanation: Now appearing as planet Earth's evening star, brilliant Venus shines in western skies at twilight. Standing above a rugged horizon and warm sunset colors, the twilight's celestial beacon was joined last Saturday by a Moon 35 hours young in this gorgeous skyscape. The close pairing of Venus and Moon is known as a conjunction. Not visible in the frame, fleeting planet Mercury has fallen from evening skies, sinking deeper into the sunset glow below the young crescent Moon. The scene was captured while trekking in northern Portugal's Peneda-Geres National Park.