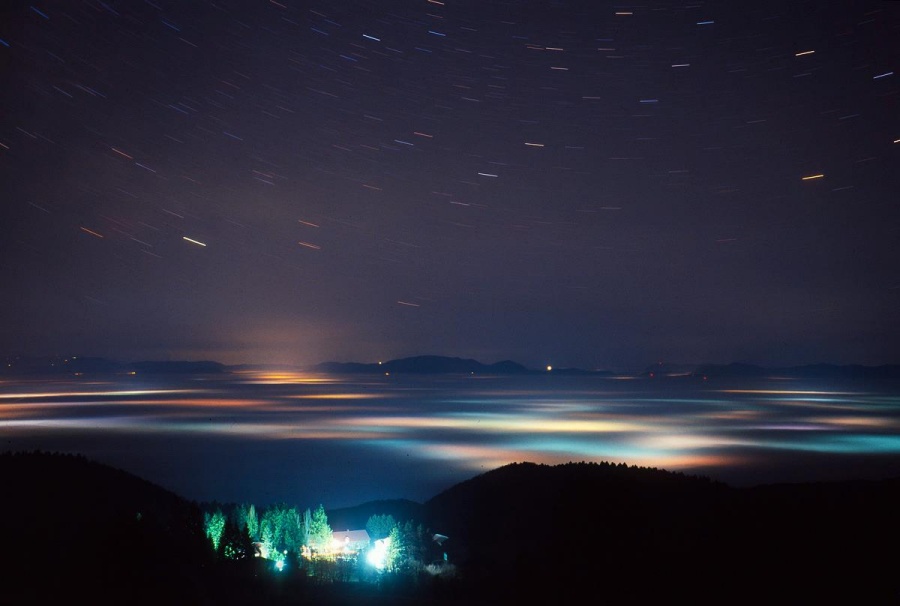 As Above, So Below
Image Credit & Copyright: Boris Štromar

Explanation: A single, long exposure captured these star trails above a remarkably colorful sea of clouds. As seen from Medvednica mountain, the surrounding peaks and lights illuminating the clouds from below are north of Zagreb, Croatia. Near the center of the also colorful star trail arcs, the North Celestial Pole is off the upper right edge of the frame. Even though this is the age of the digital camera, the well composed skyscape was recorded using color slide film in a medium format camera. The dreamlike scene's starry sky and ephemeral ocean could be reminiscent of an older age still, when the Pannonian Sea covered this part of central Europe some 10 million years ago.