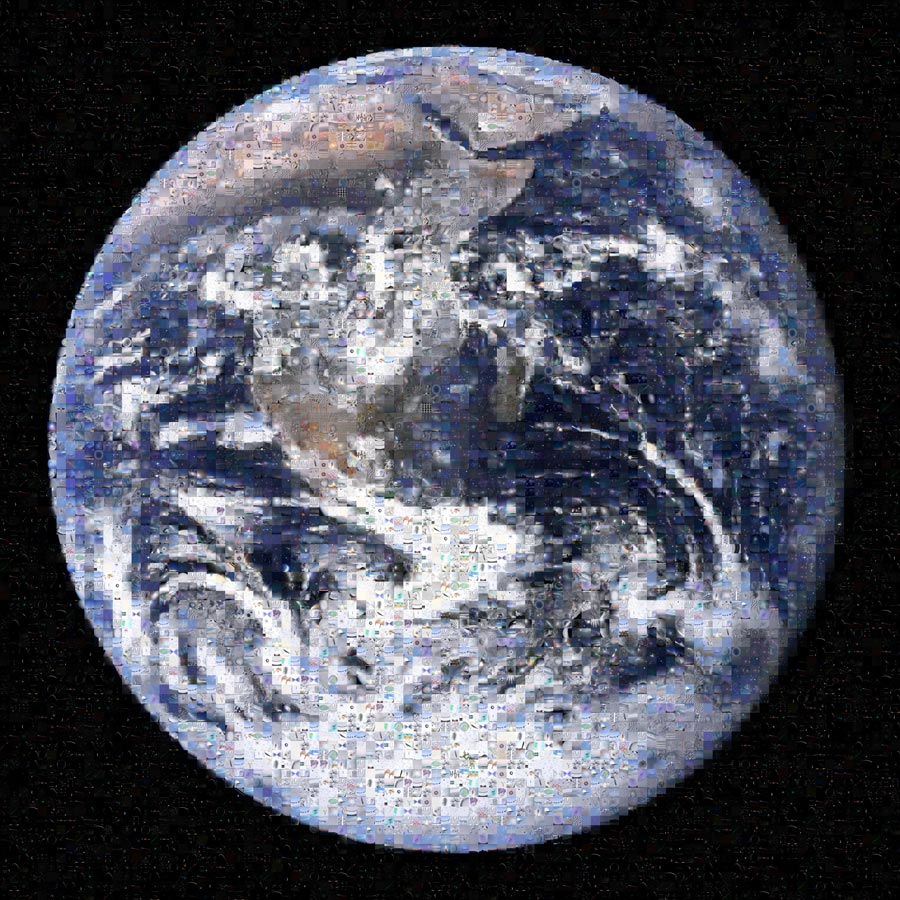 Explanation: Welcome to Planet Earth, the third planet from a star named the Sun. The Earth is shaped like a sphere and composed mostly of rock. Over 70 percent of the Earth's surface is water. The planet has a relatively thin atmosphere composed mostly of nitrogen and oxygen. This picture of Earth, dubbed Blue Marble, was taken from Apollo 17 in 1972 and features Africa and Antarctica. It is thought to be one of the most widely distributed photographs of any kind. Here, the world famous image has been recast as a spectacular photomosaic using over 5,000 archived images of Earth and space. With its abundance of liquid water, Earth supports a large variety of life forms, including potentially intelligent species such as dolphins and humans. Please enjoy your stay on Planet Earth.