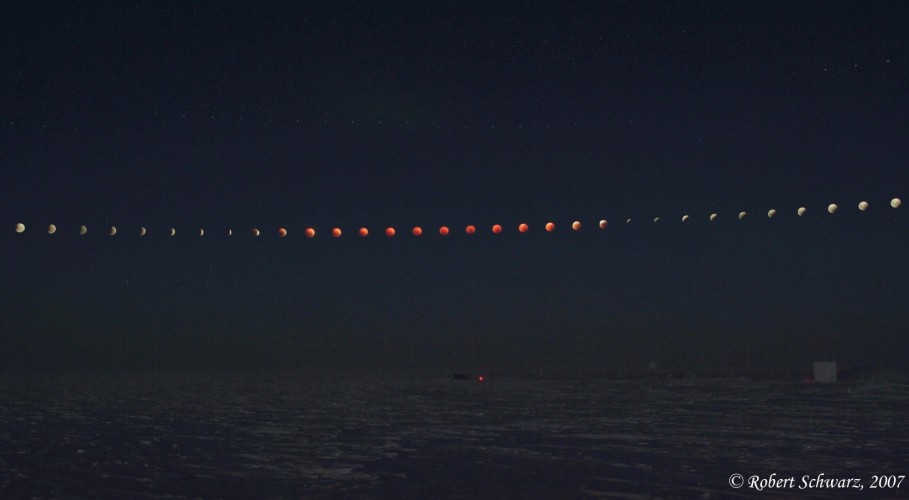 Explanation: The Moon was up continuously for 14 days in August -- when viewed from the South Pole. But during the total lunar eclipse on August 28, it circled only about 10 degrees above the horizon. For Robert Schwarz, the resulting long line-of-sight through the atmosphere that blurred his images was a minor problem when he recorded this four hour long lunar eclipse sequence. A more severe problem was the outdoor air temperature of -68 C (-90 F). The extreme cold required him to make the series of exposures through a slit in a window from inside a heated room. Though the heat produced convection and further blurring, it was the only way to keep the camera at a reasonable operating temperature for an extended period of time. Still, he was rewarded with this impressive record of August's lunar eclipse from a unique perspective on planet Earth.