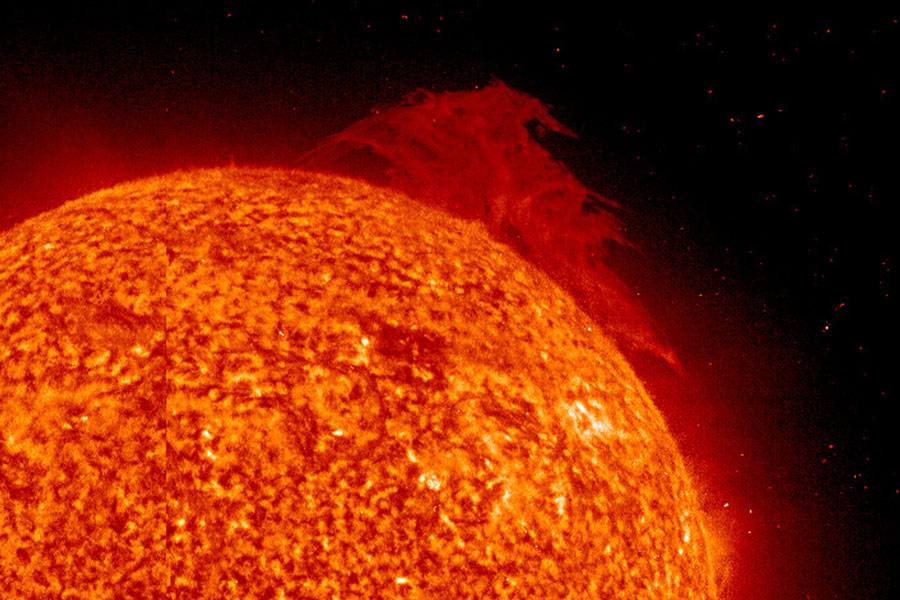 It Came from the Sun
Credit: SOHO-EIT Consortium, ESA, NASA

Explanation: What's that coming over the edge of the Sun? What might appear at first glance to be some sort of Sun monster is actually a solar prominence. The above prominence, captured by the Sun-orbiting SOHO satellite earlier this year during an early stage of its eruption, rapidly became one of the largest ever on record. Even as pictured, the prominence is huge -- the Earth would easily fit inside. A solar prominence is a thin cloud of solar gas held just above the surface by the Sun's magnetic field. A quiescent prominence typically lasts about a month, while an eruptive prominence like the one developing above may erupt within hours into a Coronal Mass Ejection (CME), expelling hot gas into the Solar System. Although very hot, prominences typically appear dark when viewed against the Sun, since they are slightly cooler than the surface. As our Sun evolves toward Solar maximum over the next three years, more large eruptive prominences are expected.