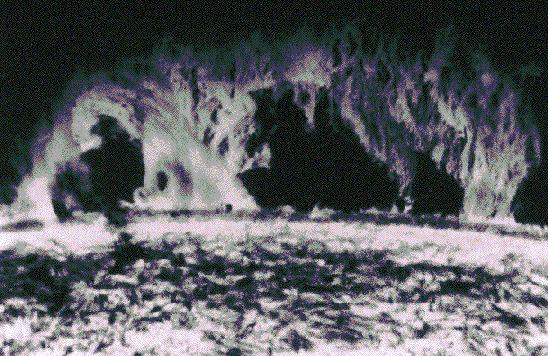 Explanation: One of the most spectacular solar sights is a prominence. A solar prominence is a cloud of solar gas held above the Sun's surface by the Sun's magnetic field. The Earth would easily fit under one of the loops of the prominence shown in the above picture. A quiescent prominence typically lasts about a month, and may erupt in a Coronal Mass Ejection (CME) expelling hot gas into the Solar System. Although thought by many to be related to the magnetic field, the energy mechanism behind a Solar prominence is still unknown.