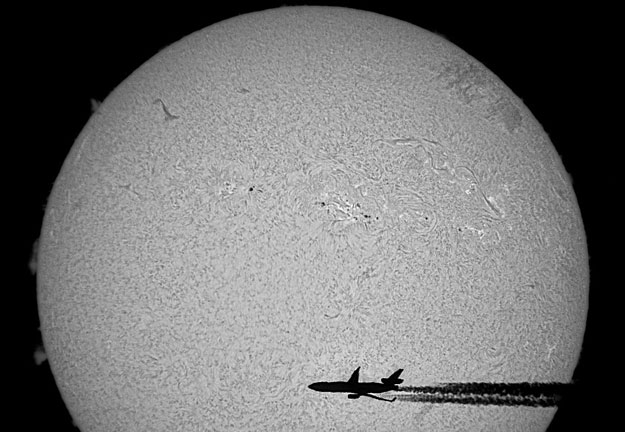 An Airplane in Front of the Sun
Credit & Copyright: Thierry Legault

Explanation: Sometimes, good planes come to those who wait. Experienced solar photographer Thierry Lagault had noticed planes crossing in front of the Sun from his home in suburban Paris. He then got the idea for the above photograph, but had to wait through many near misses. About two weeks ago, he got his wish: a jet crossed directly in front of the Sun when his solar imaging equipment was set up. The resulting image, shown above, was taken in a specific color of red light called Hydrogen-Alpha, and the picture's contrast has been digitally enhanced. Dark prominences can be seen lacing the Sun's busy surface. The airplane is an MD-11.