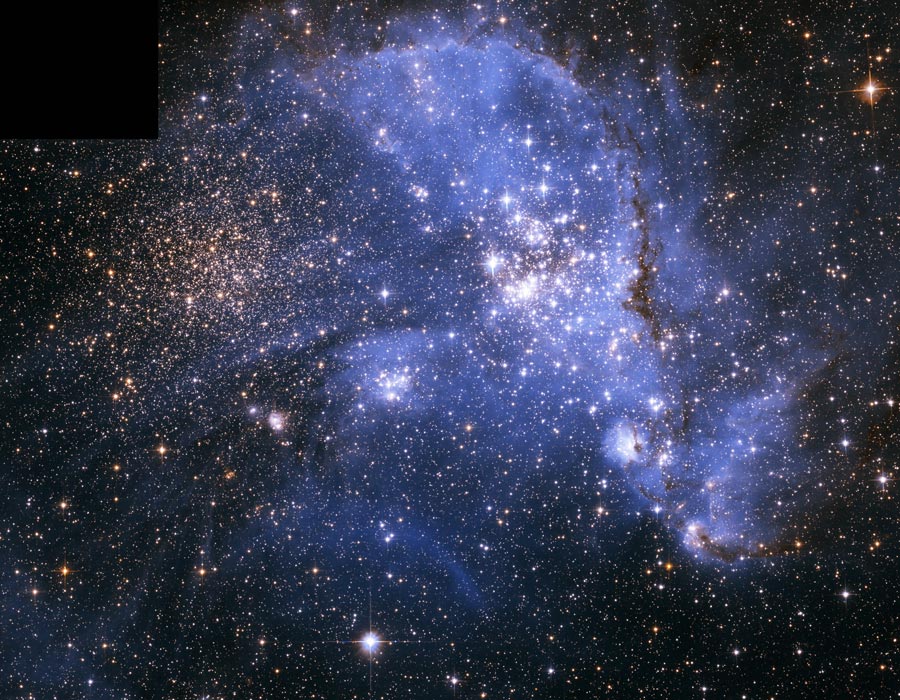 Explanation: How and why are all these stars forming? Found among the Small Magellanic Cloud's (SMC's) clusters and nebulae NGC 346 is a star forming region about 200 light-years across, pictured above by the Hubble Space Telescope. A satellite galaxy of the Milky Way, the Small Magellanic Cloud (SMC) is a wonder of the southern sky, a mere 210,000 light-years distant in the constellation of the Toucan (Tucana). Exploring NGC 346, astronomers have identified a population of embryonic stars strung along the dark, intersecting dust lanes visible here on the right. Still collapsing within their natal clouds, the stellar infants' light is reddened by the intervening dust. A small, irregular galaxy, the SMC itself represents a type of galaxy more common in the early Universe. But these small galaxies are thought to be a building blocks for the larger galaxies present today. Within the SMC, stellar nurseries like NGC 346 are also thought to be similar to those found in the early Universe.