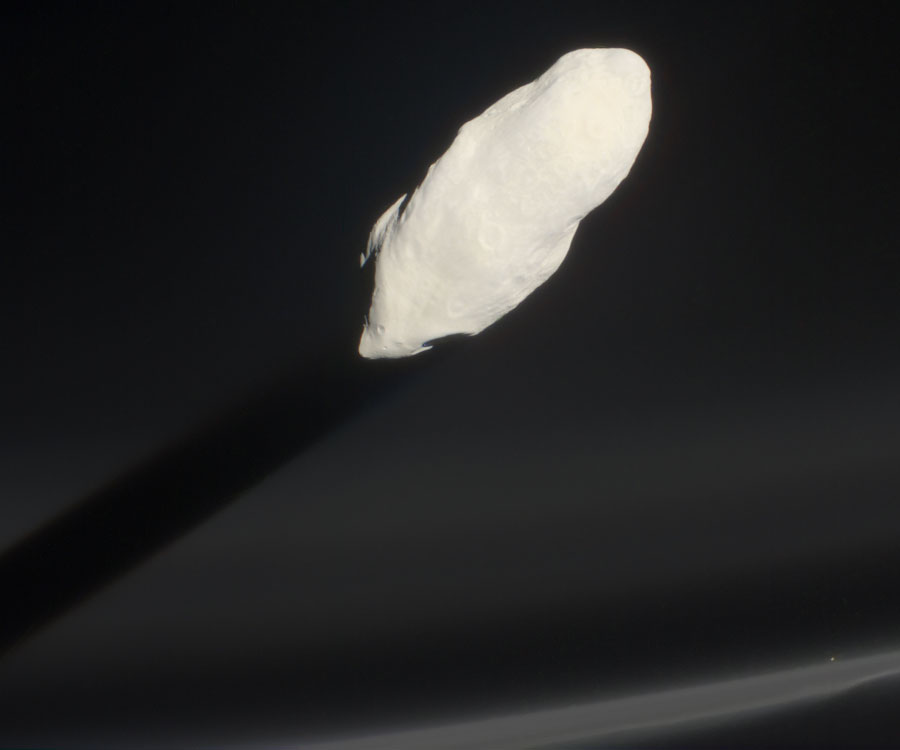 Explanation: What is that dark streak below Prometheus? Although it may look like a shadow or a trail blazed by sweeping up material, computer simulations indicate that the dark streak is better understood as an empty path pulled away by the gravity of Saturn's small moon. The particles don't follow Prometheus so much as glide sideways past where Prometheus used to be. One dark streamer is created during each pass of Prometheus through the F-ring that it shepherds. The streamers were unpredicted and first discovered in 2004 on high resolution images taken by the robotic Cassini spacecraft orbiting Saturn. Close inspection of the surface of Prometheus itself in the above image shows interesting structure and craters. The Cassini spacecraft arrived at Saturn in 2004 and, as it continues to function well, is now expected to continue to send back data and images from the distant ringed world until 2017.