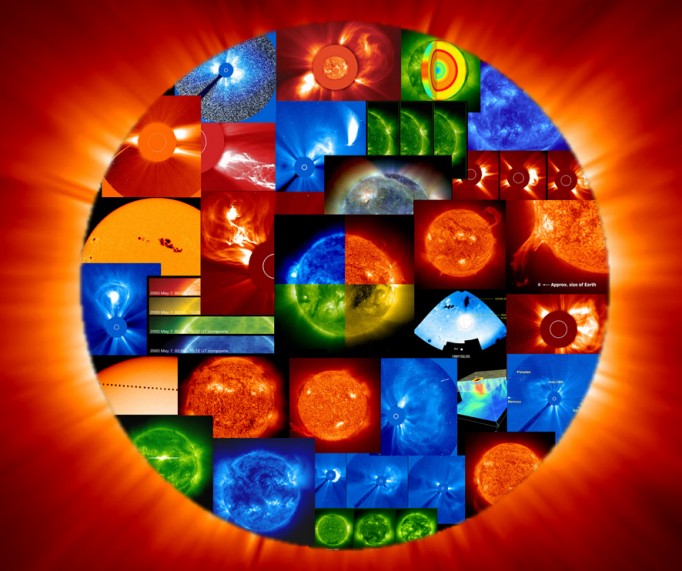 Explanation: Launched ten years ago this week, SOHO (the SOlar and Heliospheric Observatory) still enjoys an uninterrupted view of the Sun. Twelve sungazing instruments on board the spacecraft have explored the Sun's internal structure, the extensive solar atmosphere and solar wind, and discovered over 1,000 comets from a remarkable orbit around a point about 1.5 million kilometers directly sunward of planet Earth itself. At that location, known as a Lagrange point, the gravitational influence of the Earth and Sun are equal. With scientific instrument teams distributed around the world, the SOHO operations center is located at NASA's Goddard Space Flight Center in Greenbelt, Maryland. Mission operations are planned through March of 2007 to allow the study of a complete 11-year solar cycle. Contributions from SOHO's instruments are represented in the colorful montage image. Happy tenth anniversary SOHO!