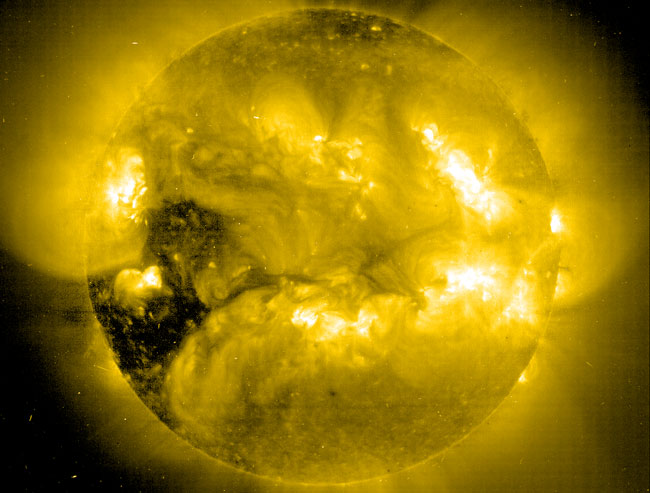 Explanation: The ominous, dark shapes haunting the left side of the Sun are coronal holes -- low density regions extending above the surface where the solar magnetic field opens freely into interplanetary space. Studied extensively from space since the 1960s in ultraviolet and x-ray light, coronal holes are known to be the source of the high-speed solar wind, atoms and electrons which flow outward along the open magnetic field lines. During periods of low activity, coronal holes typically cover regions just above the Sun's poles. These coronal holes, however, have just moved into view near the Sun's equator, and particles escaping them have already caused notable aurora here on Earth. Coronal holes like this one may last for a few solar rotations before the magnetic fields shift and change configurations. Shown in false-color, this picture of the Sun on March 9 was made in extreme ultraviolet light by the EIT instrument on board the space-based SOHO observatory.