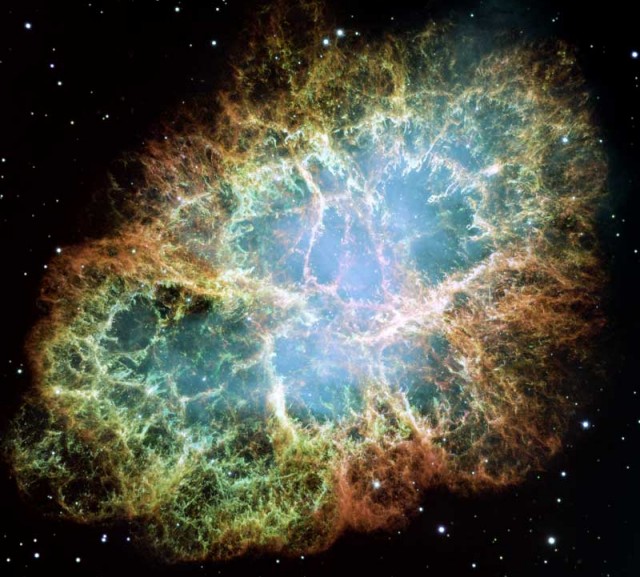 Explanation: The Crab Nebula is cataloged as M1, the first object on Charles Messier's famous list of things which are not comets. In fact, the cosmic Crab is now known to be a supernova remnant, an expanding cloud of debris from the death explosion of a massive star. Light from that stellar catastrophe was first witnessed by astronomers on planet Earth in the year 1054. Composed of 24 exposures taken in October 1999, January 2000, and December 2000, this Hubble Space Telescope mosaic spans about twelve light years. Colors in the intricate filaments trace the light emitted from atoms of hydrogen, oxygen, and sulfur in the debris cloud. The spooky blue interior glow is emitted by high-energy electrons accelerated by the Crab's central pulsar. One of the most exotic objects known to modern astronomers, the pulsar is a neutron star, the spinning remnant of the collapsed stellar core. The Crab Nebula lies about 6,500 light-years away in the constellation Taurus.