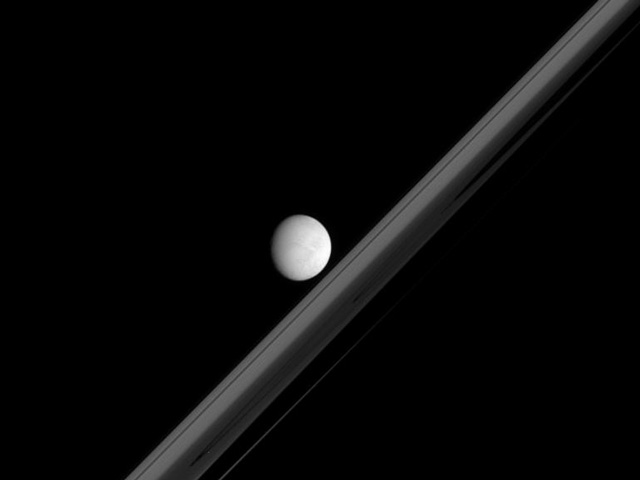 Explanation: When can a robot produce art? When it glides past the rings of Saturn. As the robot spacecraft Cassini orbiting Saturn crossed outside the famous photogenic ring plane of the expansive planet, the rings were imaged from the outside, nearly edge on, and in the shadow of Saturn. From the upper left, ring features include the A ring, the Cassini gap, the B ring, and the darker C ring that includes the Titan gap and a gap yet unnamed. Last month when the above image was taken, the gliding spacecraft was about one million kilometers from foreground Enceladus, a small Saturnian moon only about 500 kilometers across. Cassini is scheduled to continue its 70 orbit tour of Saturn over the next three years, sending back images of the gas giant, its rings, and its moons that will be studied for decades to come.