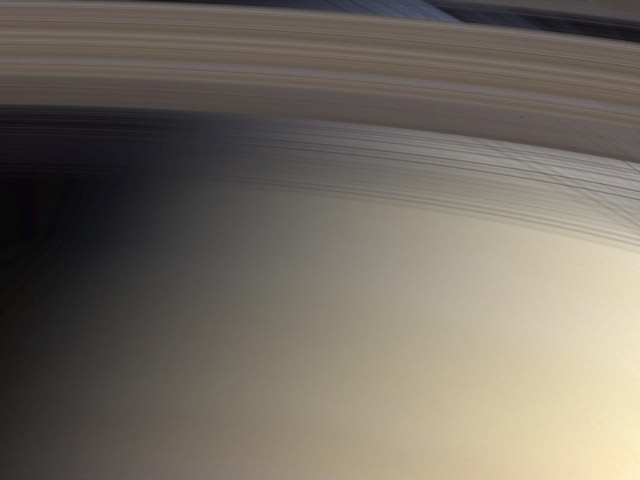 Explanation: Are Saturn's rings transparent? The Cassini spacecraft that recently entered orbit around Saturn has confirmed that some of Saturn's rings are more transparent than others. Pictured above, Saturn's main A, B, and C rings can be seen, top to bottom, superposed against the gas giant planet. Although the B-ring across the top is opaque, Saturn's cloud tops can be clearly seen through the lower C-ring. The translucent nature of the C-ring likely indicates that it is less densely populated with ring particles than the B-ring. The above image was taken on July 30 while Cassini was over 7 million kilometers from Saturn.