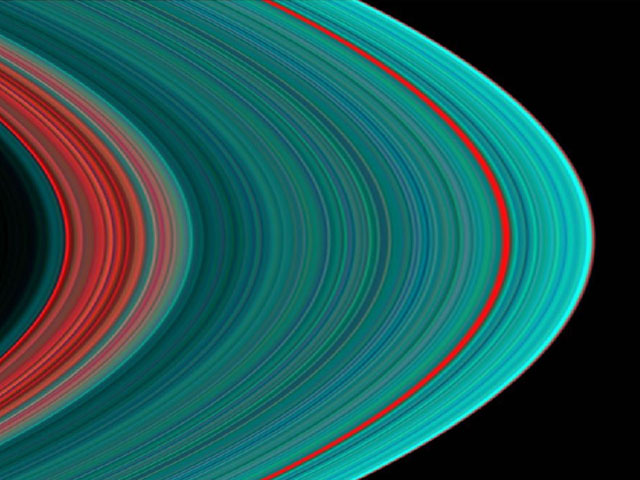 Explanation: What are Saturn's rings made of? In an effort to find out, the robot spacecraft Cassini that entered orbit around Saturn two weeks ago took several detailed images of the area surrounding Saturn's large A ring in ultraviolet light. In the above image, the bluer an area appears, the richer it is in water ice. Conversely, the redder an area appears, the richer it is in some sort of dirt. This and other images show that inner rings have more dirt than outer rings. Specifically, as shown above, the thin rings in the Cassini Division on the left have relatively high dirt content compared to the outer parts of Saturn's A ring, shown on the right. This dirt/ice trend could be a big clue to the ring's origin. The thin red band in the otherwise blue A ring is the Encke Gap. The exact composition of dirt remains unknown.