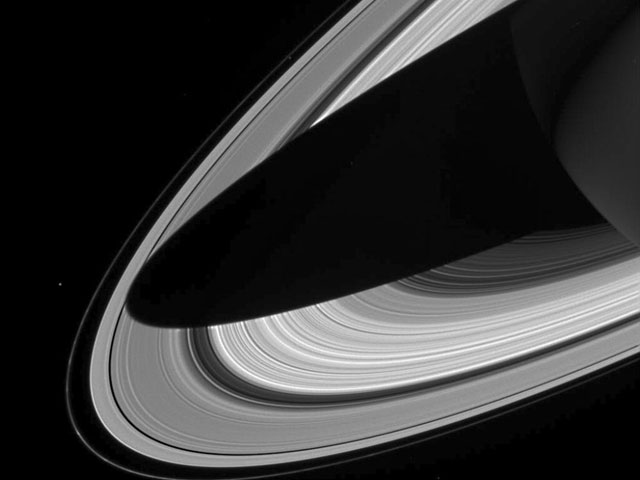 Explanation: This picture of Saturn could not have been taken from Earth. No Earth based picture could possibly view the night side of Saturn and the corresponding shadow cast across Saturn's rings. Since Earth is much closer to the Sun than Saturn, only the day side of the planet is visible from the Earth. Rather, this picture was taken by the robot Cassini spacecraft that began orbiting Saturn earlier this month. The dark western limb of Saturn looms large on the image right, while complex concentrations of small ring particles reflect sunlight on the image left. Saturn's enigmatic F ring is visible around the outside, showing mysterious knots. The small moon Epimetheus, only about 100 kilometers across, can also been seen on the far left. Cassini is scheduled to drop a probe toward the largest moon Titan in December.