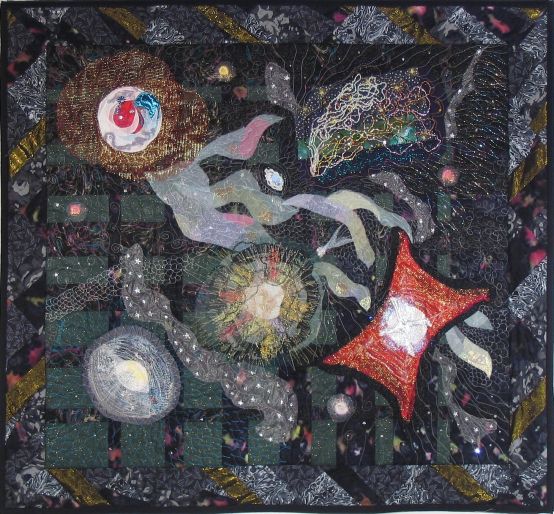 Explanation: In this striking 41 inch by 38 inch quilt, astronomy enthusiast Judy Ross has interpreted some of the Hubble Space Telescope's best galactic and extragalactic vistas. Featured in past APODs, clockwise from the lower right are; the Red Rectangle Nebula, NGC 2392, the Sleeping Beauty Galaxy, V838 Monocerotis - the Milky Way's most mysterious star, and supernova remnant N49 - the cosmic debris from an exploded star. Of course, quilts have been used historically to represent astronomical concepts. And while inspired by the images of the cosmos that she incorporates into her quilts, Ross reports that she is still a little daunted by the intricacies of the Cat's Eye Nebula revealed by the Hubble's sharp vision.