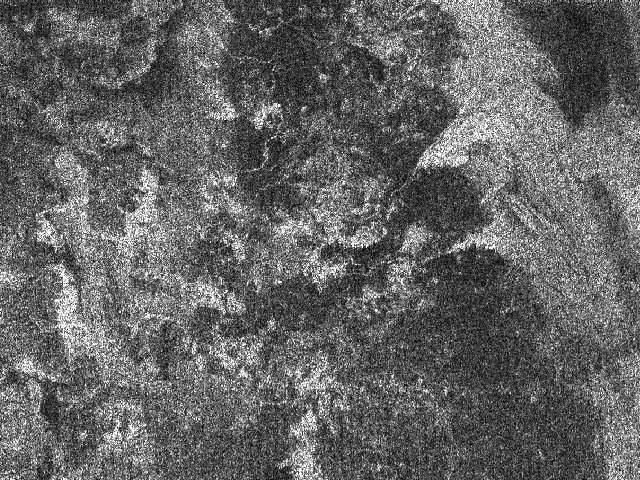 Explanation: Where are Titan's craters? Throughout our Solar System's five billion-year history, dangerous rocks and chunks of ice have continually slammed into planets and moons - usually creating numerous long lasting impact craters. When the robot spacecraft Cassini swooped past Saturn's moon Titan last month, however, radar images showed few craters. One such image, spanning 75 kilometers across, is shown above. The imaged structures are not yet understood, but may involve some sort of flows. Titan is already known to be an unusual moon, sporting a thick atmosphere, large size, small amounts of organic compounds. Craters are surely created on all surfaces in the Solar System, but might be destroyed later, as on Earth and Jupiter's moon Io. How craters are destroyed on Titan remains a topic of speculation, but might become better understood by consideration of data returned by future flybys of Cassini and by the probe Huygens that will descend toward Titan's surface in December.