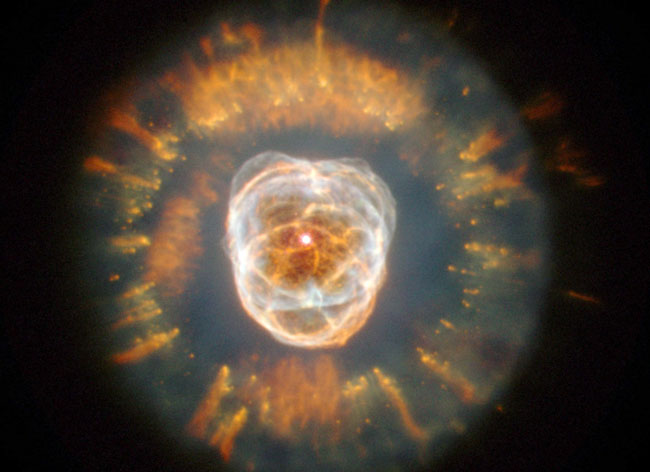 Explanation: In 1787, astronomer William Herschel discovered NGC 2392. From the ground, NGC 2392 resembles a person's head surrounded by a parka hood. In 2000, the Hubble Space Telescope imaged NGC 2392. From space, the nebula displays gas clouds so complex they are not fully understood. NGC 2392 is clearly a planetary nebula, and the gas seen above composed the outer layers of a Sun-like star only 10,000 years ago. The inner filaments visible above are being ejected by strong wind of particles from the central star. The outer disk contains unusual light-year long orange filaments.