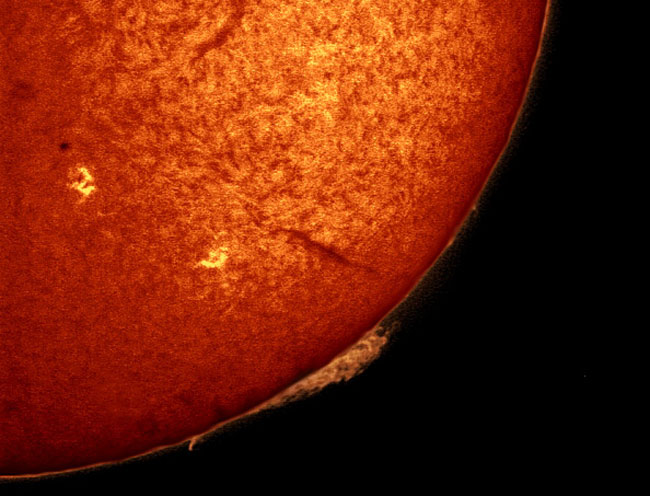 Explanation: Even a quiet Sun is a busy place. The above image, taken in a single color of light called Hydrogen Alpha, records a great amount of detail of the simmering surface of our parent star. The gradual darkening towards the Sun's edge, called limb darkening, is caused by increased absorption of relatively cool solar gas. Further over the edge, a giant prominence is visible, while a different prominence can be seen in silhouette as the dark streak near the image center. Two active areas of the Sun are marked by bright plages. The above amateur photograph of the Sun was taken just last month through a small telescope and a standard digital camera. In contrast, there are times when our Sun appears much more active.