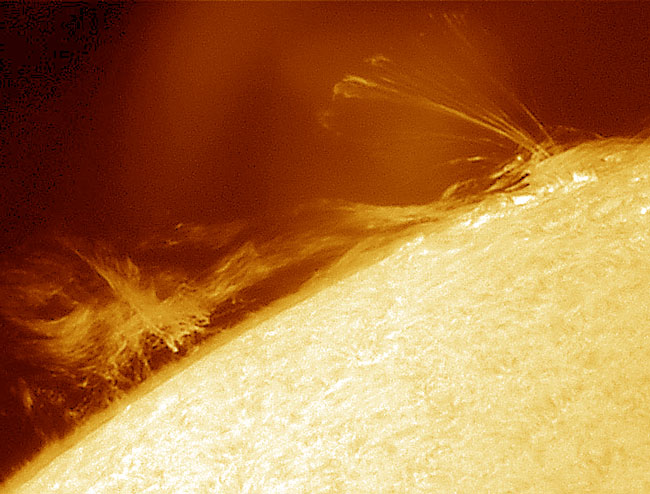 At the Edge of the Sun
Credit & Copyright: Stefan Seip (AstroMeeting)

Explanation: Dramatic prominences can sometimes be seen looming just beyond the edge of the sun. A solar prominence is a cloud of solar gas held just above the surface by the Sun's magnetic field. The Earth would easily fit below the prominence on the left. A quiescent prominence typically lasts about a month, and may erupt in a Coronal Mass Ejection (CME) expelling hot gas into the Solar System. Although very hot, prominences typically appear dark when viewed against the Sun, since they are slightly cooler than the surface. The above image in false color was taken on June 1 from Stuttgart, Germany with an amateur telescope and camera.