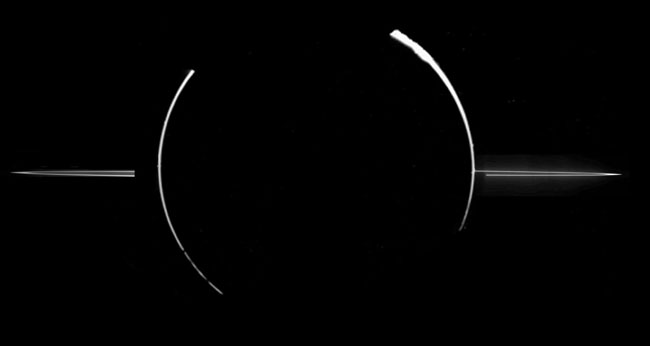 Explanation: Why does Jupiter have rings? Jupiter's rings were discovered in 1979 by the passing Voyager 1 spacecraft, but their origin was a mystery. Data from the Galileo spacecraft currently orbiting Jupiter later confirmed that these rings were created by meteoroid impacts on small nearby moons. As a small meteoroid strikes tiny Adrastea, for example, it will bore into the moon, vaporize, and explode dirt and dust off into a Jovian orbit. Pictured above is an eclipse of the Sun by Jupiter, as viewed from Galileo. Small dust particles high in Jupiter's atmosphere, as well as the dust particles that compose the rings, can be seen by reflected sunlight.