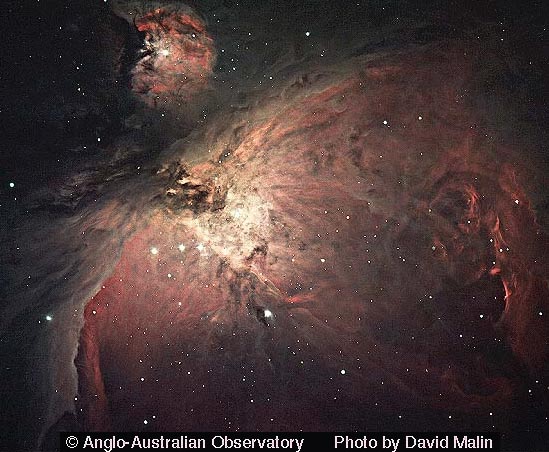 Explanation: Is Orion all wet? Recent observations have confirmed that water molecules now exist in the famous Orion Nebula, and are still forming. The Orion Nebula (M42, shown above) is known to be composed mostly of hydrogen gas, with all other atoms and molecules being comparatively rare. The nebula is so vast, though, that even the measured minuscule production rate creates enough water to fill Earth's oceans 60 times over every day, speculate discoverers led by M. Harwit (Cornell). The water that composes comets, the oceans of Earth, and even humans may have been created in a cloud like the Orion Nebula.