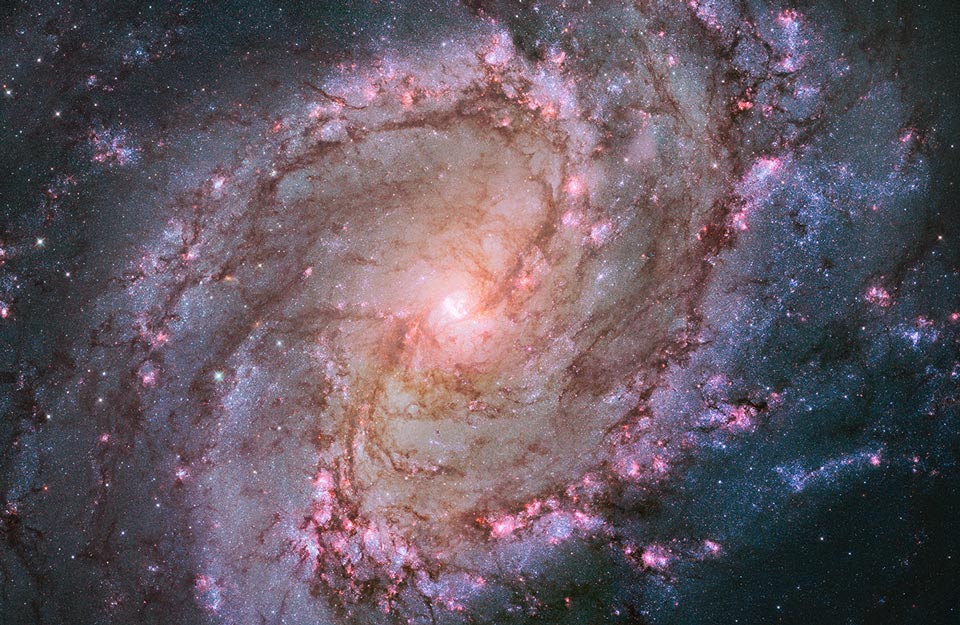 Explanation: M83 is one of the closest and brightest spiral galaxies on the sky. Visible with binoculars in the constellation of Hydra, majestic spiral arms have prompted its nickname as the Southern Pinwheel. Although discovered 250 years ago, only much later was it appreciated that M83 was not a nearby gas cloud, but a barred spiral galaxy much like our own Milky Way Galaxy. M83, pictured above by the Hubble Space Telescope in a recently released image, is a prominent member of a group of galaxies that includes Centaurus A and NGC 5253, all of which lie about 15 million light years distant. Several bright supernova explosions have been recorded in M83. An intriguing double circumnuclear ring has been discovered at the center of of M83.