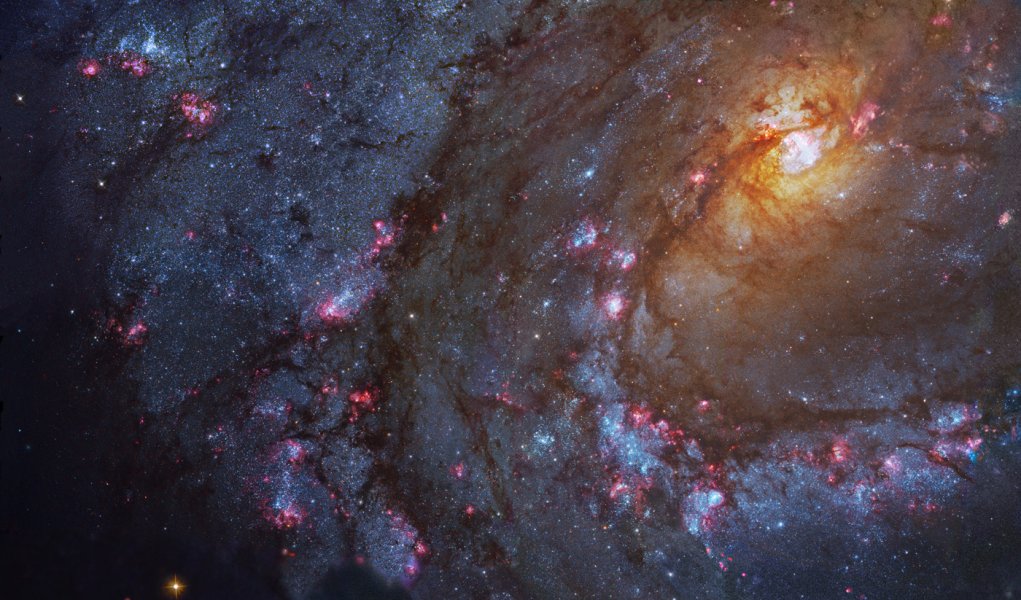 Explanation: Big, bright, and beautiful, spiral galaxy M83 lies a mere twelve million light-years away, near the southeastern tip of the very long constellation Hydra. This cosmic close-up, a mosaic based on data from the Hubble Legacy Archive, traces dark dust and young, blue star clusters along prominent spiral arms that lend M83 its nickname, The Southern Pinwheel. Typically found near the edges of the thick dust lanes, a wealth of reddish star forming regions also suggest another popular moniker for M83, The Thousand-Ruby Galaxy. Dominated by light from older stars, the bright yellowish core of M83 lies at the upper right. The core is also bright at x-ray energies that reveal a high concentration of neutron stars and black holes left from an intense burst of star formation. In fact, M83 is a member of a group of galaxies that includes active galaxy Centaurus A. The close-up field of view spans over 25,000 light-years at the estimated distance of M83.