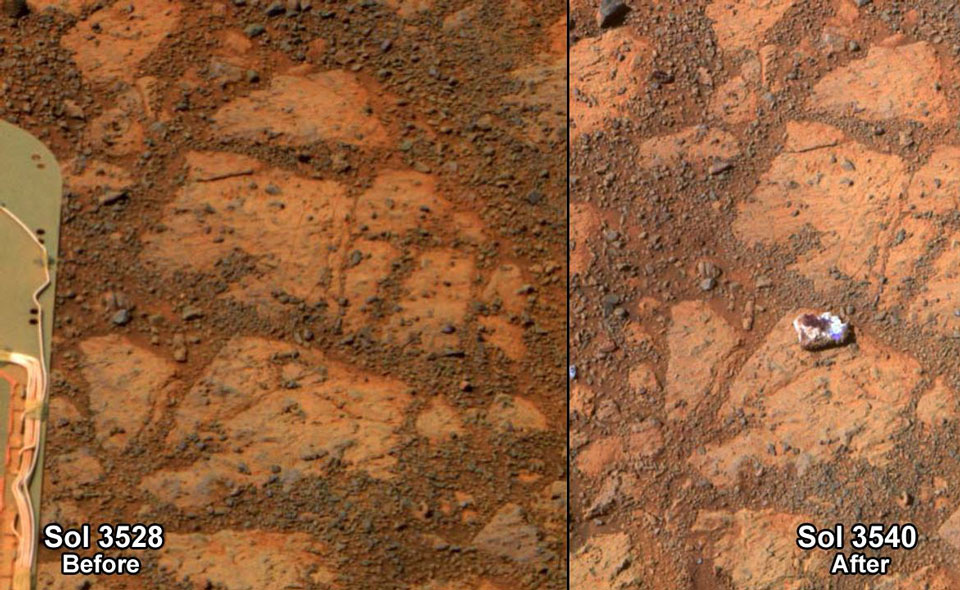 Explanation: What if a rock that looked like a jelly donut suddenly appeared on Mars? That's just what happened in front of the robotic Opportunity rover currently exploring the red planet. The unexpectedly placed rock, pictured above, was imaged recently by Opportunity after not appearing in other images taken as recently as twelve Martian days (sols) before. Given the intriguing mystery, the leading explanation is somewhat tame -- the rock was recently scattered by one of the rover's tires. Even so, the rock's unusual light tones surrounding a red interior created interest in its composition -- as well as causing it to be nicknamed Jelly Donut. A subsequent chemical analysis showed the rock has twice the abundance of manganese than any other rock yet examined -- an unexpected clue that doesn't yet fit into humanity's understanding of the Martian geologic history. Opportunity, just passing its 10th anniversary on Mars, continues to explore the Murray Ridge section of the rim of 22-kilometer wide Endeavor Crater.