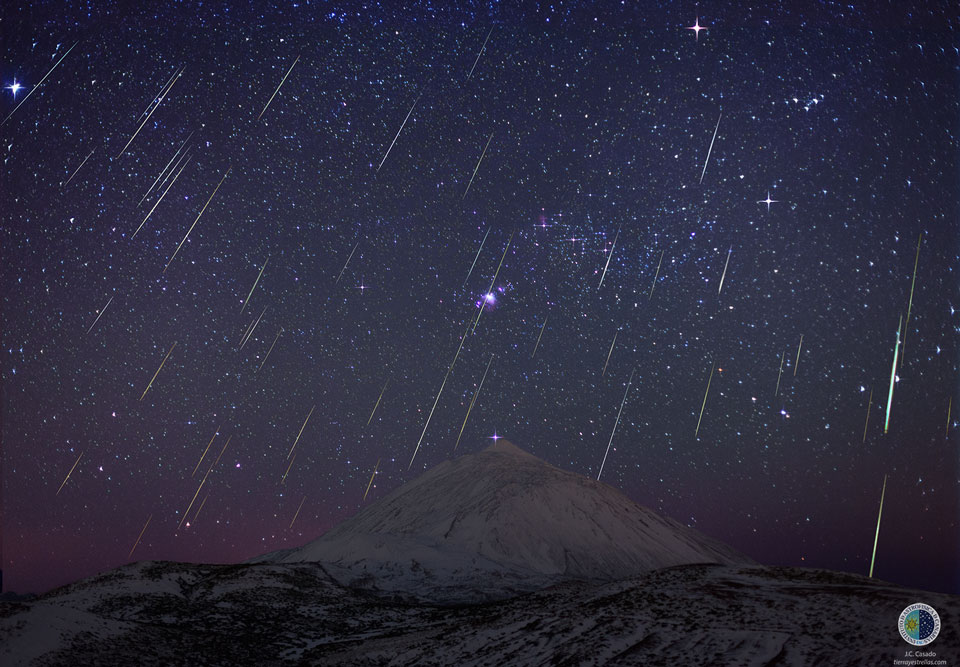 Explanation: On some nights it rains meteors. Peaking two nights ago, asteroid dust streaked through the dark skies of Earth, showering down during the annual Geminids meteor shower. Astrophotographer Juan Carlos Casado captured the space weather event, as pictured above, in a series of exposures spanning about 2.3 hours using a wide angle lens. The snowcapped Teide volcano of the Canary Islands of Spain towers in the foreground, while the picturesque constellation of Orion highlights the background. The star appearing just near the top of the volcano is Rigel. Although the asteroid dust particles are traveling parallel to each other, the resulting meteor streaks appear to radiate from a single point on the sky, in this case in the constellation of Gemini, off the top of the image. Like train tracks appearing to converge in the distance, the meteor radiant effect is due to perspective. The astrophotographer has estimated that there are about 50 Geminids visible in the above composite image -- how many do you see?