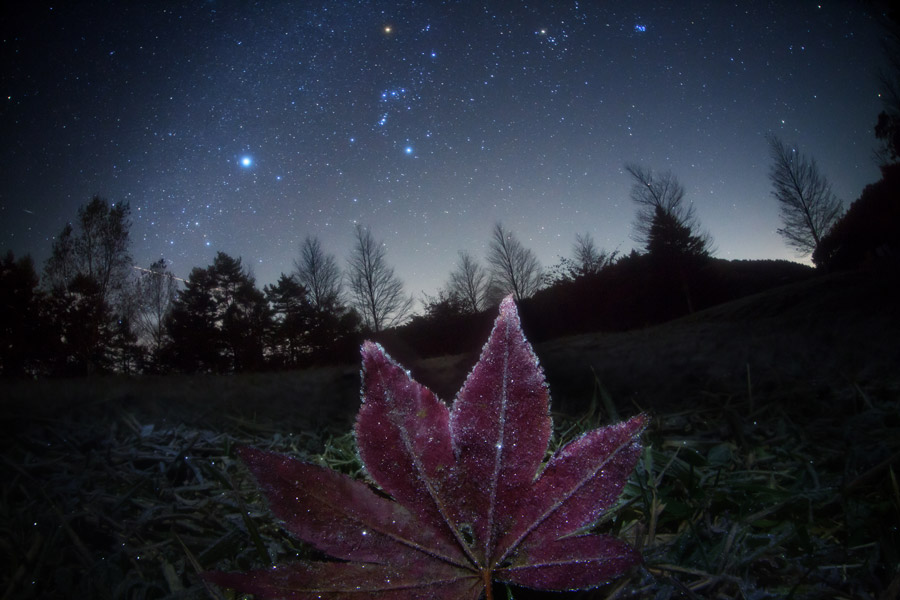 Explanation: Sometimes, you can put some night sky in your art. Captured above Japan earlier this month, a picturesque night sky was photographed behind a picturesque frosted leaf. The reflecting ice crystals on the leaf coolly mimic the shining stars far in the background. The particular background sky on this 48-second wide angle exposure, however, might appear quite interesting and familiar. On the far left, although hard to find, appears a streaking meteor. Below and to the right of the meteor appears a longer and brighter streak of an airplane. The bright star on the left is the dog-star Sirius, the brightest star on the night sky. To Sirius' right appears the constellation of Orion, including the three linear belt stars below the red giant Betelgeuse. The bright patch of light further to the right is the Pleiades open star cluster. Similar views including the constellation Orion can be seen above much of the northern hemisphere for the next several months, although you might have to provide your own leaf.