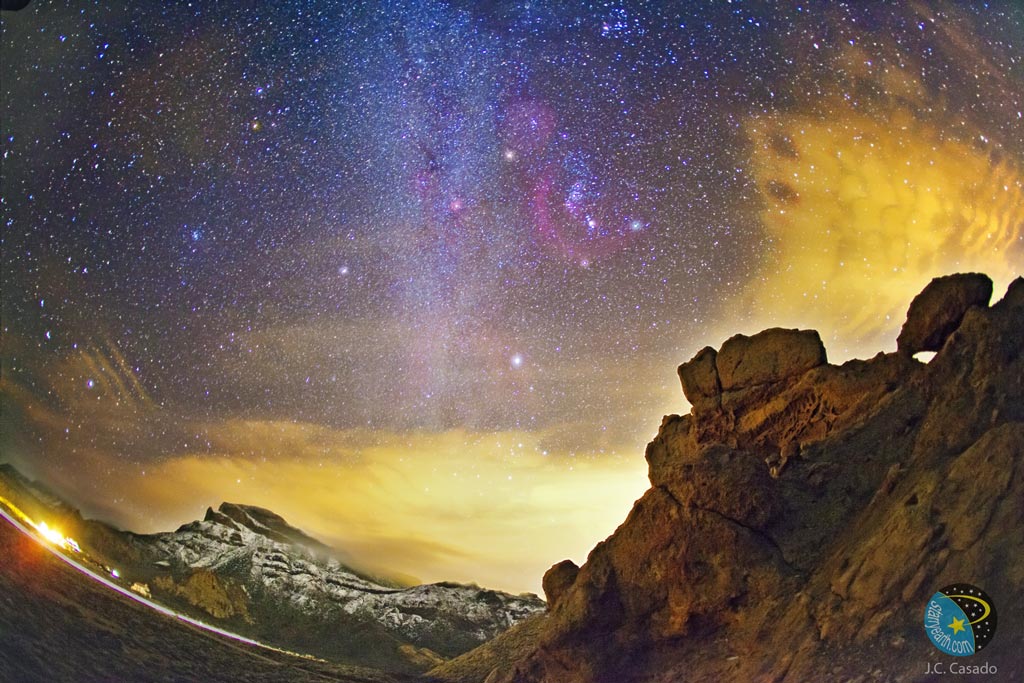 Explanation: Which attracts your eye more -- the sky or the ground? On the ground are rocky peaks in Teide National Park on Tenerife Island of the Spanish Canary Islands off the northwestern coast of Africa. The volcanic landscape features old island summits and is sometimes used as a testbed for instruments on future Martian rovers. The lights of a nearby hotel shine on the far left. Storm clouds are visible on the horizon, artificially strutted from multiple exposures. Dividing the sky, across the middle of the above deep image, is the vertical band of the Milky Way Galaxy. The red circle on the right is Barnard's Loop, near the center of which are the famous belt stars of the constellation Orion. Soon after the above image was taken, during an evening earlier this year, storm clouds rolled across, and indoor locations began to attract eyes the most.