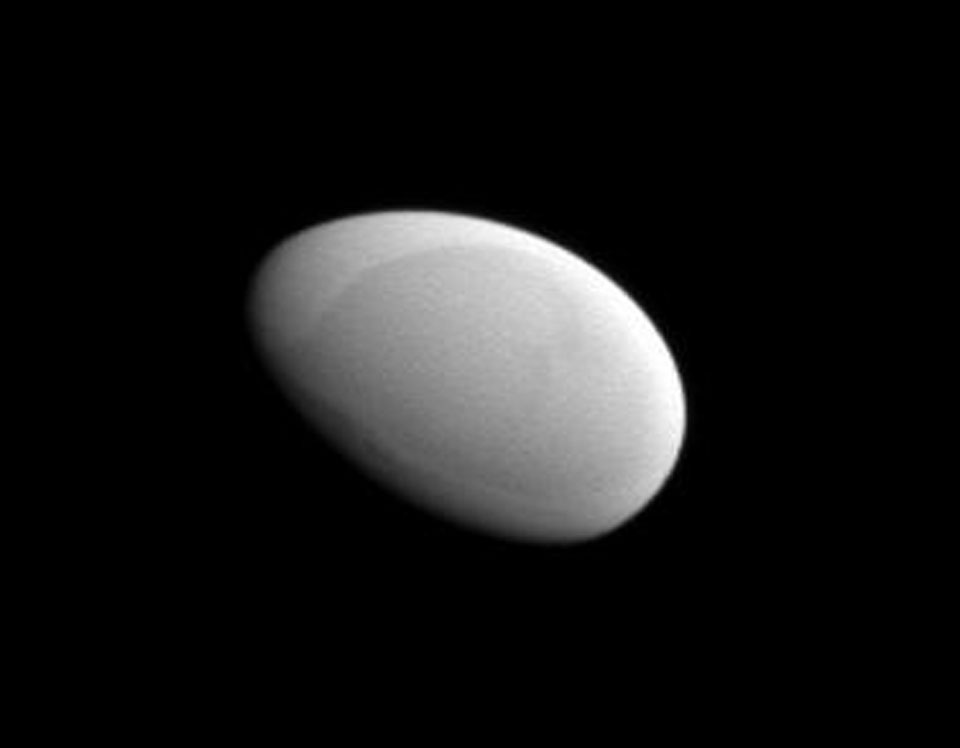 Explanation: Why is this moon shaped like a smooth egg? The robotic Cassini spacecraft completed the first flyby ever of Saturn's small moon Methone in May and discovered that the moon has no obvious craters. Craters, usually caused by impacts, have been seen on every moon, asteroid, and comet nucleus ever imaged in detail -- until now. Even the Earth and Titan have craters. The smoothness and egg-like shape of the 3-kilometer diameter moon might be caused by Methone's surface being able to shift -- something that might occur were the moon coated by a deep pile of sub-visual rubble. If so, the most similar objects in our Solar System would include Saturn's moons Telesto, Pandora, Calypso, as well as asteroid Itokawa, all of which show sections that are unusually smooth. Methone is not entirely featureless, though, as some surface sections appear darker than others. Although flybys of Methone are difficult, interest in the nature and history of this unusual moon is sure to continue.