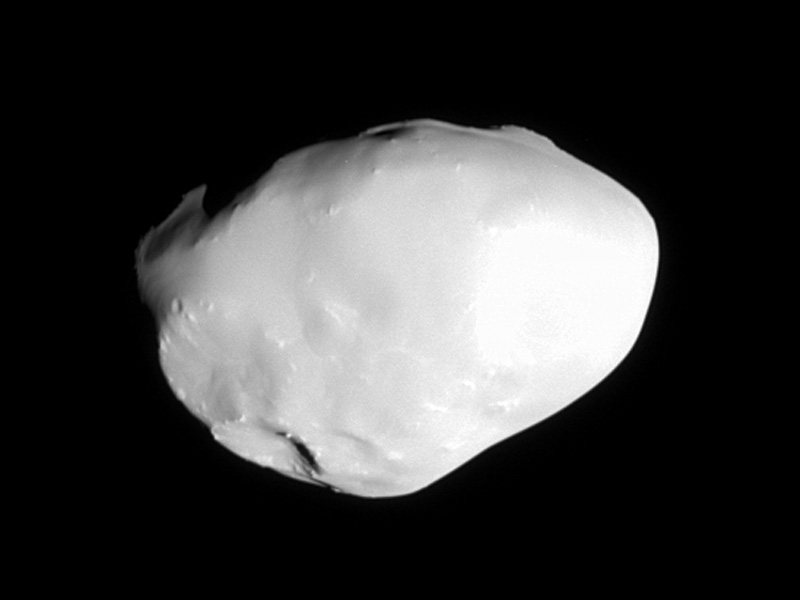 Explanation: Why is Saturn's small moon Telesto so smooth? Possibly Telesto is covered with a type of granular icy material similar to that suspected of covering Pandora, another of Saturn's small moons. If so, Telesto might be more like a pile of rubble than a solid body. This recently uncovered Solar System mystery is currently a topic of research, however. The unexpected finding originated last October when the robot Cassini spacecraft, currently orbiting Saturn, swooped past the 24-kilometer moon and captured the first ever image of Telesto's surface. Telesto orbits Saturn always just ahead of the much larger moon Tethys. Pictured above, Telesto's unusually smooth surface was found to show some large craters and boulders, but not the high density of craters found on nearby Tethys or most other Saturnian moons.