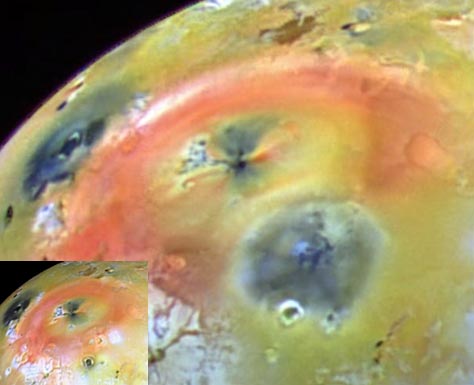 Explanation: The surface of Io is changing even as we watch. The inset frame of Jupiter's most active moon was taken by the robot spacecraft Galileo in April. Just last month the larger image was taken. The new large black spot reveals that a volcano named Pillan Patera has been erupting during the interim. A vast moonscape roughly the size of Arizona has just been covered by some dark material. What is this material? It's composition remains unknown although it is certainly different in color from the red material seen surrounding volcano Pele on the upper left.