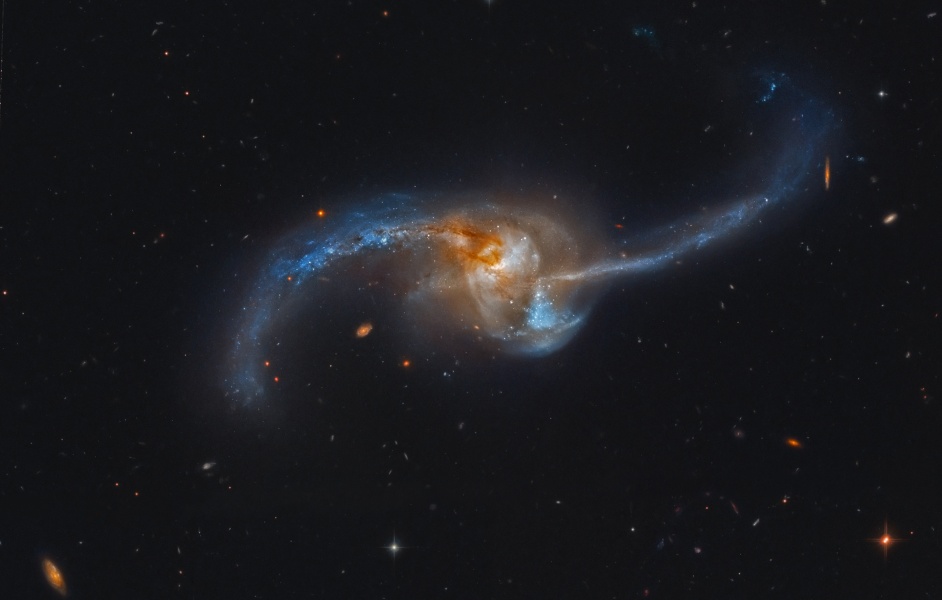 Explanation: NGC 2623 is really two galaxies that are becoming one. Seen to be in the final stages of a titanic galaxy merger, the pair lies some 300 million light-years distant toward the constellation Cancer. The violent encounter between two galaxies that may have been similar to the Milky Way has produced widespread star formation near a luminous core and along eye-catching tidal tails. Filled with dust, gas, and young blue star clusters, the opposing tidal tails extend well over 50,000 light-years from the merged nucleus. Likely triggered by the merger, accretion by a supermassive black hole drives activity within the nuclear region. The star formation and its active galactic nucleus make NGC 2623 bright across the spectrum. This sharp cosmic snapshot of NGC 2623 (aka Arp 243) is based on Hubble Legacy Archive image data that also reveals even more distant background galaxies scattered through the field of view.