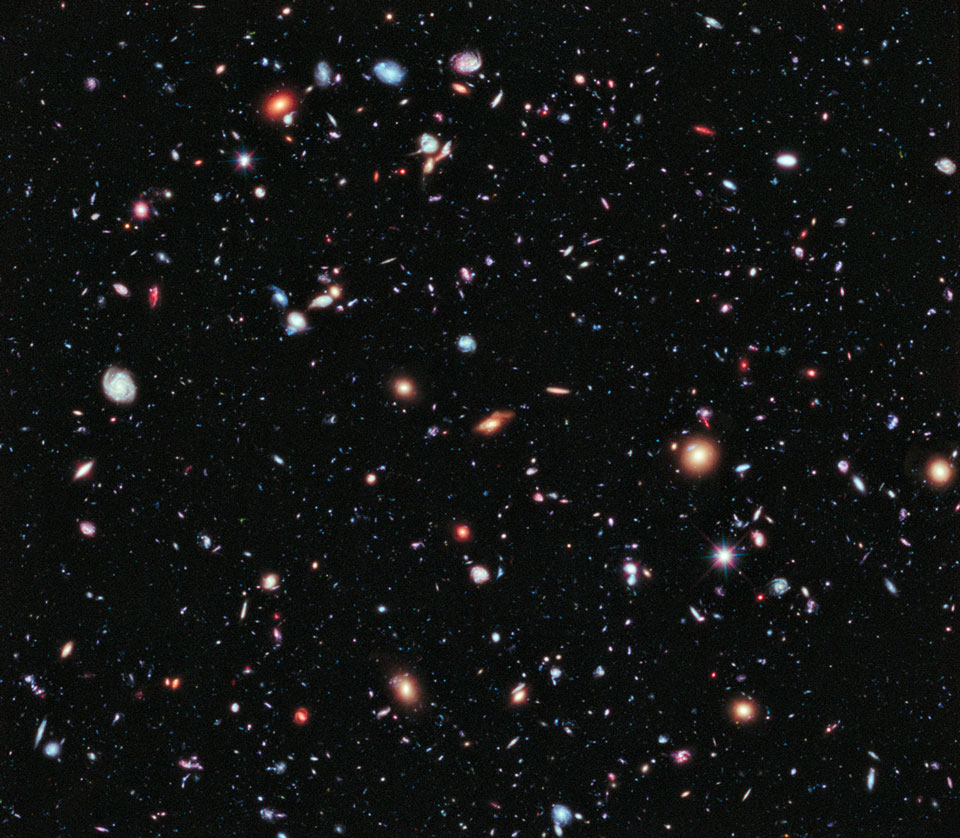 Explanation: What did the first galaxies look like? To help answer this question, the Hubble Space Telescope has just finished taking the eXtreme Deep Field (XDF), the deepest image of the universe ever taken in visible light. Pictured above, the XDF shows a sampling of some of the oldest galaxies ever seen, galaxies that formed just after the dark ages, 13 billion years ago, when the universe was only a few percent of its present age. The Hubble Space Telescope's ACS camera and the infrared channel of the WFPC3 camera took the image. Combining efforts spread over 10 years, the XDF is more sensitive, in some colors, than the original Hubble Deep Field (HDF), the Hubble Ultra Deep Field (HUDF) completed in 2004, and the HUDF Infrared completed in 2009. Astronomers the world over will likely study the XDF for years to come to better understand how stars and galaxies formed in the early universe.