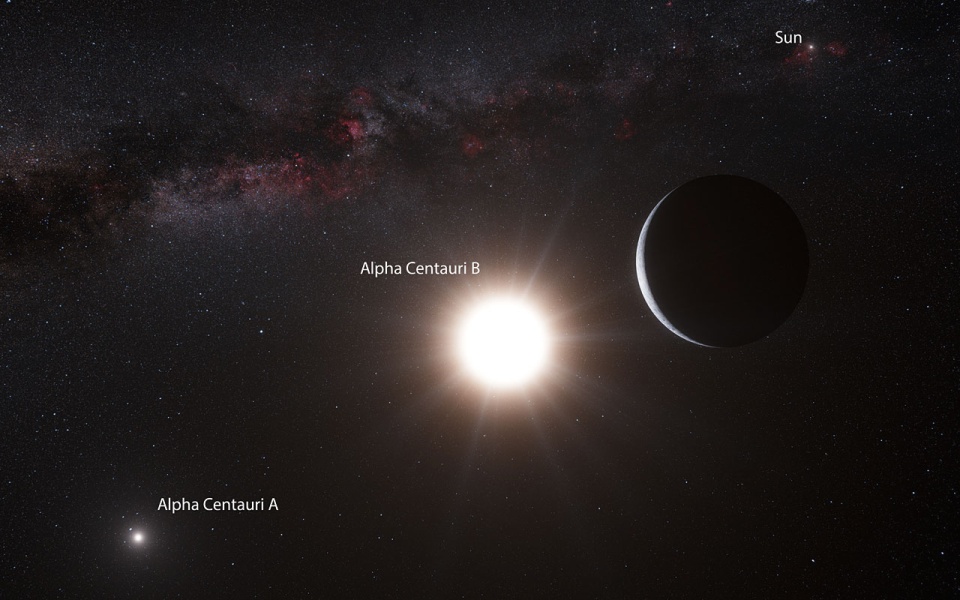 Explanation: Located just next door, Alpha Centauri is the closest star system to the Sun. A view from our interstellar neighbor a mere 4.3 light-years away is shown in this illustration. The Sun is at the upper right, a bright star against the background of the Milky Way. The crescent in the foreground is an artist's rendering of a planet now reported orbiting Alpha Centauri B, making it the closest known exoplanet. Discovered by astronomer Xavier Dumusque et al. using the planet hunting HARPS instrument to measure minute shifts in the star's spectrum for more than four years, the planet has approximately the same mass as Earth. But it orbits once every 3.2 days, about 0.04 times the Earth-Sun distance from its parent star. That puts it well outside the habitable zone, much too close to Alpha Cen B, a star only a little cooler than the Sun. Still, estimates indicate that planetary orbits would be stable within the habitable zone of Alpha Cen B, at about half the Earth-Sun distance ...