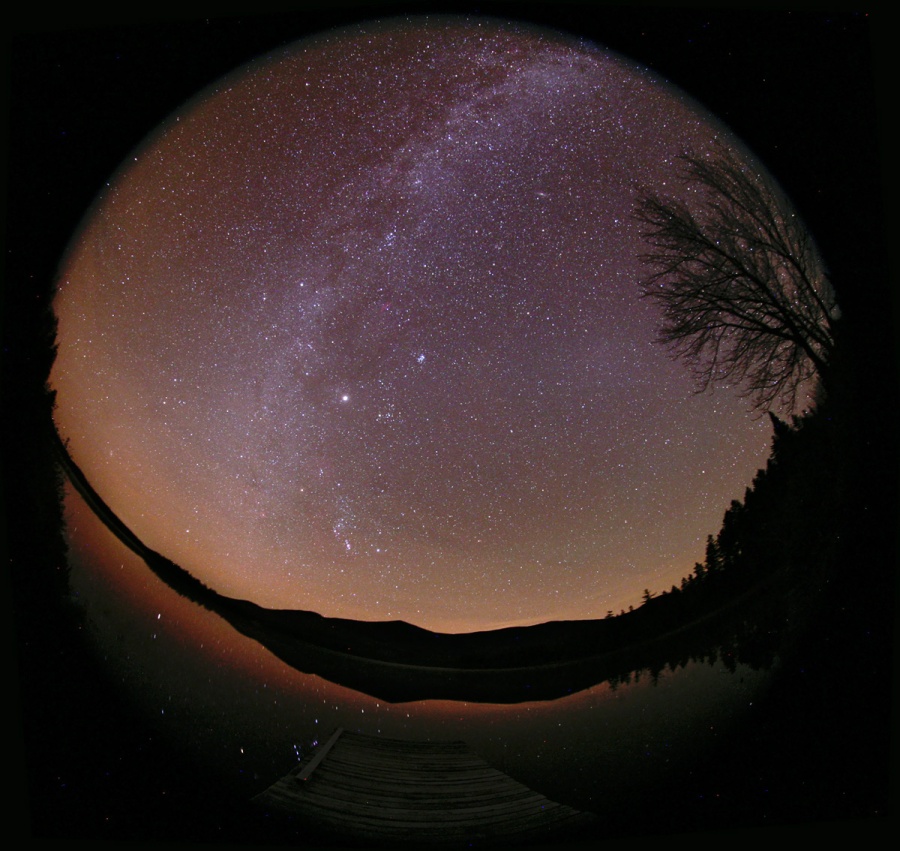 Explanation: Ghostly apparitions of two fundamental planes in planet Earth's sky span this October all-sky view. The scene was captured from a lakeside campsite under dark skies in northern Maine, USA. In it, the plane of our Milky Way Galaxy arcs above faint airglow along the horizon. Zodiacal light, a band of dust scattering sunlight along the solar system's ecliptic plane, stretches almost horizontally across the wide field and intersects the Milky way near a point marked by bright planet Jupiter. Right of Jupiter, past the Pleiades star cluster, is the brightening of the Zodiacal band known as the Gegenschein, also visible to the eye on that dark night. Begirt with many a blazing star and rising above the distant mountains, Orion the hunter is reflected in the lake's calm waters.