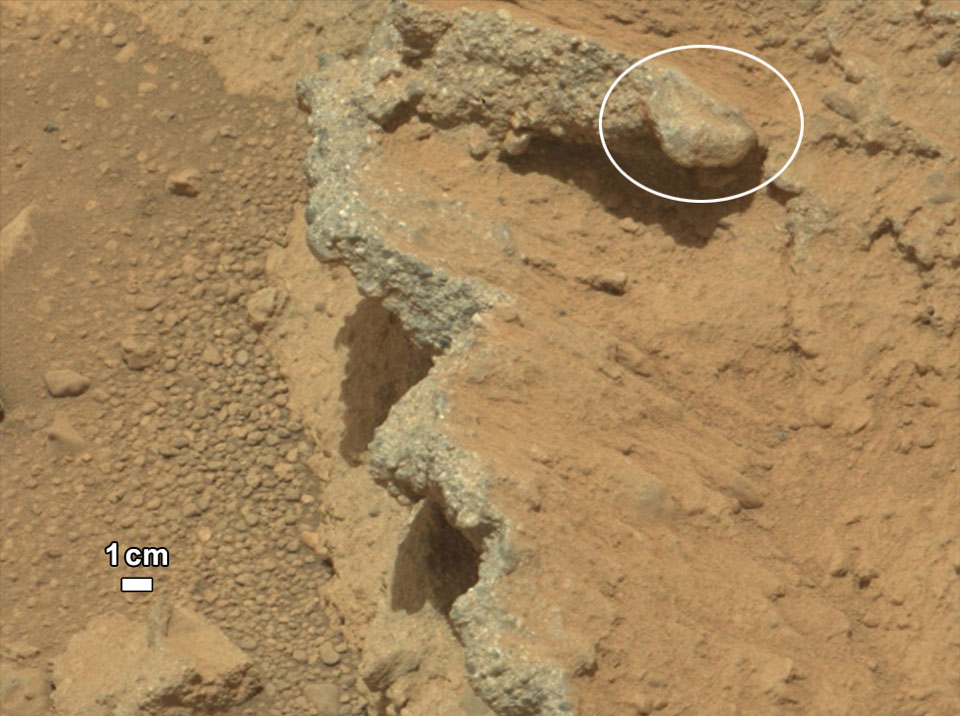 Explanation: Fresh evidence of an ancient stream has been found on Mars. The robotic rover Curiosity has run across unusual surface features that carry a strong resemblance to stream banks on Earth. Visible in the above image, for example, is a small overhanging rock ledge that was quite possibly created by water erosion beneath. The texture of the ledge appears to be a sedimentary conglomerate, the dried remains of many smaller rocks stuck together. Beneath the ledge are numerous small pebbles, possibly made smooth by tumbling in and around the once-flowing stream. Pebbles in the streambed likely fell there as the bank eroded. Circled at the upper right is a larger rock possibly also made smooth by stream erosion. Curiosity has now discovered several indications of dried streambeds on Mars on its way to its present location where it will be exploring the unusual conjunction of three different types of landscape.