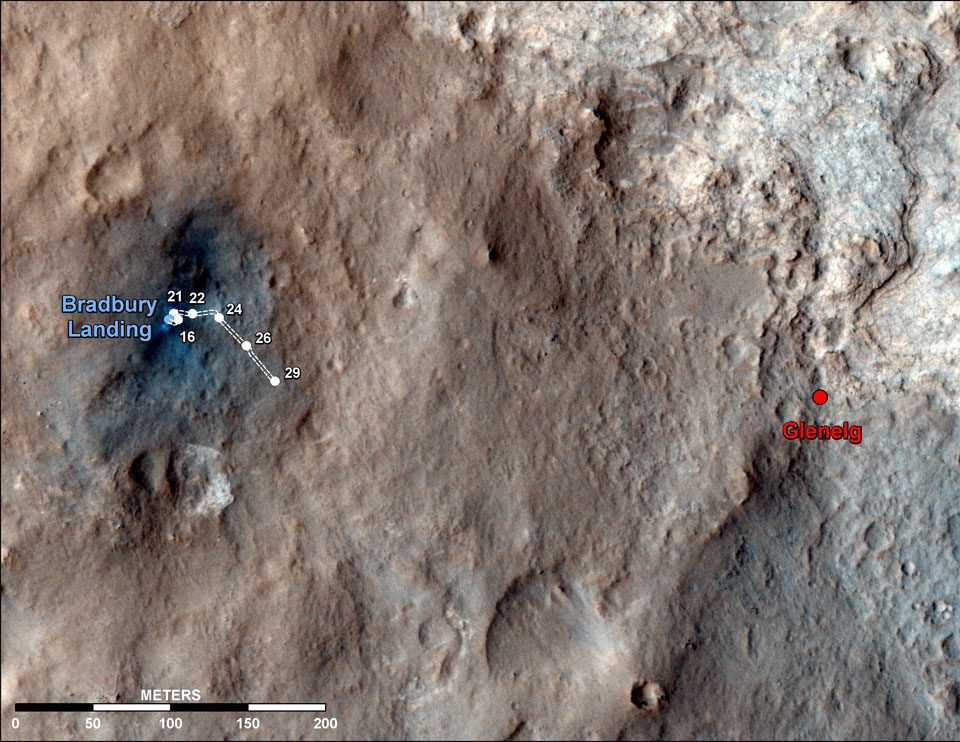 Explanation: Curiosity is on the move across Mars -- but where is it going? The car-sized rover's path after 29 Martian days on the surface is shown on the above map. Curiosity is still almost 300 meters from its first major destination, though, a meeting of different types of terrain called Glenelg and visible on the image right. It may take Curiosity two months or so to get to Glenelg as it stops to inspect interesting rocks or landscape features along the way. The above image was taken about one week ago from high up by the HiRise camera onboard the robotic Mars Reconnaissance Orbiter.