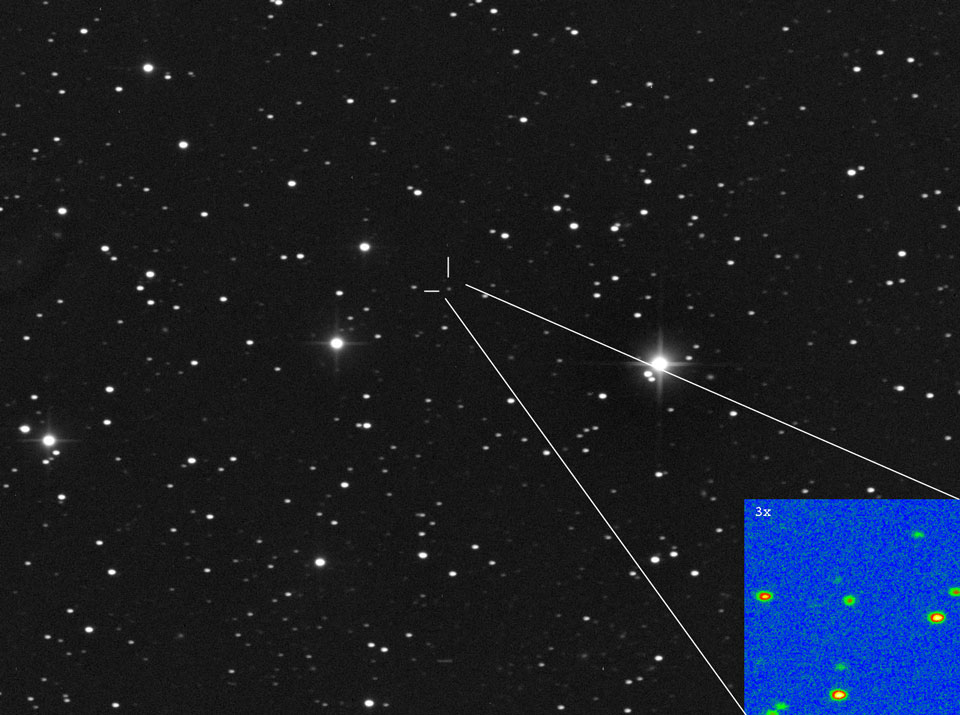 Explanation: Could this dim spot brighten into one of the brightest comets ever? It's possible. Alternatively, the comet could break up when it gets closer to the Sun, or brighten much more modestly. Sky enthusiasts the world over are all abuzz, though, from the more optimistic speculations -- that the newly discovered C/2012 S1 (ISON) could develop a spectacular tail or briefly approach the brightness of the full Moon toward the end of 2013. Comet ISON currently is very faint but is just visible at magnitude 18 in the above image. The comet, discovered just over a week ago from Russia by Vitali Nevski (Belarus) and Artyom Novichonok (Russia), is currently falling toward the Sun from between the orbits of Jupiter and Saturn. In early 2013 October it will pass very near Mars and possibly be visible to rovers and orbiting spacecraft. Comet ISON appears on course to achieve sungrazer status as it passes within a solar diameter of Sun's surface in late 2013 November. Whatever survives will then pass nearest the Earth in late 2013 December. Astronomers around the world will be tracking this large dirty snowball closely to better understand its nature and how it might evolve during the next 15 months.